Episode 5 of The Mandalorian is the one that all hardcore fans of Star Wars have been waiting for. It marks the live action debut of Ahsoka Tano, a fan favorite character from The Clone Wars animated series and Star Wars Rebels, and it also gave us some awesome new pieces of information like Baby Yoda’s real name, Grogu, and the first mention of a long loved Imperial villain, Grand Admiral Thrawn.

New fans to the series might have questions around all of these new points, so let me catch you up on who these people are, what these planets are, and why they are important to the story as a whole.

Ahsoka Tano is a Togruta and the former Jedi Padawan of Anakin Skywalker. She was first introduced to Star Wars fans in Star Wars The Clone Wars film that released in 2008, and was a part of both the Clone Wars animated series and Star Wars Rebels.

Ahsoka shares many traits with her former Jedi Master. She tends to follow her heart and her judgement more than the letter of the law laid out by the Jedi Council, and she is is more likely to form bonds with those around her, something the Jedi frown upon. Ahsoka’s story spans basically the entire series of The Clone Wars, but one of the most important stories of note is that towards the end of the series, she was expelled from the Jedi Order after a Sith plot attempted to cast her as a murderer. Even after the plot was uncovered, Ahsoka decided not to rejoin the order and go at life on her own.

Eventually, she was called on by the Republic again to lead The Siege of Mandalore and rid the Mandalorian homeworld of the scourge of Maul, the former Sith Lord who had overtaken the planet with the help of Death Watch. She successfully lead the campaign against Maul with Bo Katan and her Nite Owls, and the newly formed 332nd Clone Regiment at her side. By the end of the battle, Maul was captured, and the usurpers had been removed from power on Mandalore, but during Ahsoka’s return to Courscant, Palpatine enacted Order 66 and her former Master turned to the Dark Side and took on the moniker of Darth Vader.

Luckily for Ahsoka, she was able to free her lifelong friend Clone Captain Rex of the programming that forced him to execute Order 66. The two of them fought through the horde of now deadly clone troopers for as long as they could before their ship eventually crashed and Maul escaped. After these events, Ahsoka went into hiding, like most former Jedi who survived the purge, and later became a key contact and supporter of the Rebellion under the name Fulcrum.

As Fulcrum, she helped former Jedi Knight Kanan Jarrus and Phoenix Squadron fight against the Empire and Maul in the animated series Star Wars Rebels. The last time we saw Ahsoka before the events of The Mandalorian was at the end of Rebels searching for her friend and fellow Jedi Ezra Bridger who was last seen with Grand Admiral Thrawn in an Imperial Star Destroyer that jumped into hyperspace to an unknown location after a battle over the planet Lothal.

Grogu is the true name of The Child, aka Baby Yoda, as discovered by Ahsoka Tano. Through Force connected conversations with Grogu, Ahsoka was able to find out that he was actually a former youngling at the Jedi Academy on Courscant before the fall of the Republic.

During the execution of Order 66 and the fall of the Jedi Order, Grogu was hidden away by his Masters, and since then, he has been hiding his Force powers to ensure that he was not found by the Empire.

Grand Admiral Thrawn is a Chiss Imperial Officer who was known for his incredible tactical genius and his ability to glean key information on individuals or entire species based on nearly no actionable information. He is the only non-human Grand Admiral in the history of the Empire and is considered one of Emperor Palpatine’s most favored military confidants.

The canon events of Thrawn’s life are told through the new Thrawn novel trilogy (Thrawn, Thrawn Alliances, and Thrawn Treason) and his early life is being recounted through a new trilogy entitled Thrawn Ascendancy. He was introduced to fans in non-book format through Star Wars Rebels as the primary foil to Phoenix Squadron in sesaons 3 and 4.

Thrawn’s main contribution to the Empire was his ability to turn the tides of losing battles around with his keen intellect and deep knowledge of naval combat, which he learned during his time in the Chiss Expansionary Forces prior to joining the Empire. During his time with the Chiss Expansionary Forces, he encountered and assisted Jedi Knight Anakin Skywalker in his quest to free Senator Padme Amidala from a Separatist droid manufacturing facility.

He eventually joined the Empire and worked with Darth Vader to help hunt down force sensitive beings on the same planet that he once helped Anakin Skywalker, but his most favored project that he helmed during his time in the Imperial Military was the TIE Defender project. TIE Defenders were a new class of fighter that were meant to better match against the Rebel’s X-Wing crafts. They were equipped with shield, proton torpedoes, and hyperdrives, none of which were standard of standard TIE Fighters. Unfortunately for Thrawn, the TIE Defender project was abandoned by the Empire in favor of the Death Star.

While Thrawn had no personal vendetta against Phoenix Squadron, it always fell to him to have to deal with the scrappy band of Rebels, since none of the other Imperial Navy officers could stop them. Thrawn led numerous victories for the Empire, but in the end, he too was ‘defeated’, in a way, by the heroics of Phoenix Squadron and Jedi Ezra Bridger. He was last seen with Bridger jumping into hyperspace on a nearly destroyed Imperial Star Destroyer.

Morgan Elsbeth, a new character to Star Wars, was apparently trained in some way by Grand Admiral Thrawn and helped create the Imperial Navy that reigned over the galaxy for decades. With this link to Imperial naval construction, she likely met Thrawn during the developmental phase of the TIE Defender project.

Tython is a planet found in the Deep Core of the galaxy and is considered the ancestral homeworld of the Jedi Order. It is possible that Tython holds the first-ever Jedi Temple and the first-ever training academy for Force-sensitive youth. Tython itself is brimming with Force energy which is why it was a favored planet of ancient Jedi.

Not much is known about Tython in current canon, but there is a seeing stone on the planet that is said to amplify the powers of Force-sensitive beings who rest upon it. 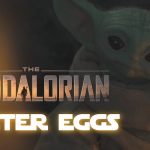 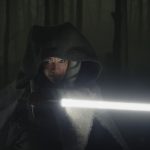