Star Wars fans have been anxiously awaiting the official word on what will and won’t be available on Day 1 of Disney+, and now we have those answers.

Included on Day 1 will be:

Notably left off the list are the 2 most recent Star Wars releases, Solo and The Last Jedi. Some negative Nancy’s out there might jump to the conclusion that Disney is wiping the slate clean of those 2 movies by leaving them off of their streaming service’s Day 1 release slate, but the more likely story is that Disney still has contractual obligations to Netflix for those 2 properties, so we will likely not see them until early 2020.

It is highly unlikely Disney would just decide to not include its 2 most recent releases on a platform that is built to include all that Disney has to offer, so every one put your pitch forks down, the movies will be coming soon after release.

As you can see, The Mandalorian is also included in this list, but there has not been confirmation whether the entirety of season 1 will be available immediately or if there will be a staggered release.

Disney+ will be hitting pretty much every streaming device available on November 12, 2019 and will only set you back $7 a month. 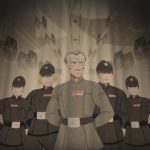 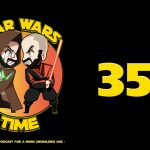 SWTS: The Rise of Skywalker Title Speculation – A 4 Theory Approach