A clip has been released for the upcoming episode of Star Wars Resistance, which is titled, “Rendezvous Point”.

In the clip, an unidentified pilot in an X-Wing gets brought in by the First Order. Apparently, this character is from Doza’s past, and she was supposed to meet up with the Colossus, but the First Order captured her first.

Upon capture, she’s turned over to Tierney, who threatens a bit of torture to get the pilot to talk. Check it out above.

In “Rendezvous Point,” Doza attempts to meet a Resistance pilot from his past. Meanwhile the pilot has been captured by the First Order.

The new episode – “Rendezvous Point” – will also be available SUNDAY, NOVEMBER 24th (12:01 a.m. PT) on the DisneyNOW app and Disney Channel VOD, giving kids and families access to the series wherever and whenever they want to watch. 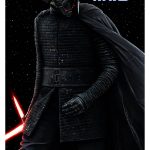 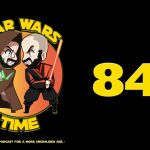