Along with the initial announcement of The Mandalorian TV series, Bob Iger mentioned that Disney and LucasFilm would be taking the John Hammond approach to the series, spare no expense.

A series of recent reports have come out stating that each episode of The Mandalorian cost about $15 million to produce. With a full slate of 10 episodes for season 1, that puts total cost at $150 million. To put that in perspective, Game of Thrones season 8 cost the same per episode, but HBO only forked out that money for 6 episodes, totaling around $90 million.

It’s pretty obvious by the numbers that Disney feels pretty confident not only in this show, but in Disney+ as a whole. $150 million is usually near or at the budget that we see for summer blockbusters,

I, for one, will be a day 1 subscriber to Disney+ and plan to start consuming The Mandalorian as soon as I can. Are you hopping on the Day 1 train with me, or will you be waiting to see the reviews on some of the shows? 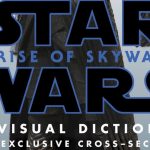 TIE Dagger Revealed for The Rise of Skywalker