The Clone Wars will not wrap on a Friday thanks to May the 4th, which has become Star Wars Day for all of us goobers who love that far, far, away galaxy.

Disney plans to release the show’s final episode on Star Wars Day, which is the same day the new Mandalorian documentary series will also debut on the platform. This means you won’t have a long wait after watching Episode 11, which should air the Friday before the 4th.

In addition to this schedule change, Disney also released a gallery of stills from this week’s upcoming episode of the show, which is titled, “Old Friends Not Forgotten”. It’s a great gallery that teases all sorts of moments fans will surely get emotional over when the episode drops this Friday.

Apparently it’s going to be a bit longer than normal too, at least according to the tweet below. 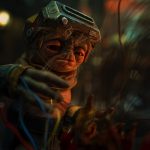