The Bad Batch arc came to an end in “Unfinished Business” and it was a fine close indeed for Echo and Clone Force 99.

Head on down below to check out my full recap and review.

The episode begins with Mace Windu wanting to mount an offensive now that they have Echo back. He offers his help thanks to his time with the techno union, so he, Rex, Anakin and the Bad Batch head off to Trench’s command ship.

While this stealth mission is taking place, Mace and Kenobi launch an attack on an assembly complex.

Thanks to Echo, the good guys are able to fudge Trench’s strategy by sending all droids to attack the Jedi at the complex, which in turn allows him to wipe them all out at once with an electrical charge.

Unfortunately, Trench had a backup plan, so he activates a bomb in the Assembly complex’s fusion reactor. Mace heads off to disable it, but Trench discovers Echo’s signal and disables him, leaving Mace without the final code to shut down the bomb.

Luckily, Anakin taps into his dark side and threatens Trench with his life to get the final code. Trench in turn shocks Anakin with his staff, which only earns him a quick death at the hands of the soon-to-be Darth Vader.

Anakin grabs the ship’s self destruct remote and leaves with the Clones. He lets Wrecker blow the ship to bits, making him a very happy Clone.

The episode ends with Echo ultimately deciding to join The Bad Batch, thanks to his oddities, so he says goodbye to Rex as the arch on this opening story comes to a close.

I found this to be the best episode of Season 7 so far, mostly because of the great balance of Jedi and Clone trooper action. I just appreciated having three Jedi in the mix since the other episode have been rather devoid of their heroics and brand of justice.

Anakin’s thread in particular was fantastic, mostly because of his little stunt with Trench, which showed exactly why The Clone Wars has always portrayed this character better than the movies. You could feel him dip into the Darkside to get what he wanted from Trench, and he didn’t hesitate to torture him and ultimately execute him. Let’s just say Kenobi wouldn’t have agreed.

While the Jedi threads were exciting, I found Echo’s path in this episode to be the most emotional. I just really appreciated his journey in this episode, which started with Bad Batch and even Rex questioning if he could be trusted, but ended with him finding a new home that is perfect for his new imperfections. I thought the end scene was quite touching, and completed this plot arch perfectly.

This episode provided a great close to the Bad Batch arc thanks to its focus on a good mix of Jedi and Clone action, not to mention the emotional resolution to Echo's journey. 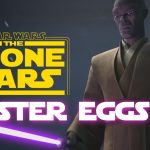 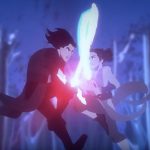