Part two of the Siege of Mandalore played out in the latest episode of The Clone Wars, and it was just as mind blowing as Sam Witwer teased. Find out why by checking out my recap and review video below.

Hey now fans of the best Clone Wars arc of all-time, Matt Heywood here to recap and review The Clone Wars: The Phantom Apprentice, aka, S7E10.

The episode starts right where 9 left off, so Maul begins to taunt Ahsoka with his knowledge of the impending fall of the Republic, and like Dooku in AOTC, he tells her the truth about Sidious. Before things can get too heated though, Rex and the clones show up to help Ahsoka, but Maul escapes.

Back in the throne room, Bo is battle planning with everyone, including holo-kenobi, who informs them of Dooku’s death, his mission to kill Grievous, and he also tells Ahsoka about Anakin being assigned to Palpatine as a spy, which she instantly recognizes as being a mistake. He wants her to talk to Anakin, but she gets called away, which may have been the call he needed to prevent his fall, but, Maul attacked, so she had to head out.

Ahsoka learns from a clone that Maul took Jesse after peering into his mind, which is exactly what we find him doing in the next scene as he mind scans Jesse to learn more about Ahsoka, while also revealing to us that he knows the Clones are all apart of Sidious Final plan to overthrow the Republic.

While this is going on, Bo and Ahsoka go to Almec to interrogate him about Maul’s plans. As he’s about to explain Maul’s true motivations, Gar Saxon takes him out, but not before he tells Ahsoka that Maul set all this up to get Skywalker on Mandalore after having a vision of his fall to the dark side.

After Gar escapes Bo, he returns to find Maul telling the leaders of the Shadow Collective to go into hiding due to the impending collapse of the Republic. He wants to take advantage of the impending chaos. Dude was so prepared! He then rallies the Mauldalorians by essentially foreshadowing their future plight as sewer rats, so they head out for a final attack.

Back at the palace, Bo is bitching about the Republic helping her out already, but as she and Ahsoka approach the throne room, they find Maul sitting upon the high chair. Bo quickly attacks, but Maul easily dispatches her advances.

He turns Jesse over in a show of good faith, because he essentially wants Ahsoka to join him to take out Sidious. Probably not as a good guy, but so he can grab power, but he truly wants her help to take him out.

A battle starts outside the palace, so Ahsoka is left alone with Maul, who starts to play on her own mistrust of the Jedi while explaining how they’ve been duped, and that the galaxy is already headed towards a new era of rule. She actually agrees to help him, but only if he reveals what he wanted with Skywalker.

Which he gladly agrees to, so he tells her that he knows that Anakin has all along been the apprentice that Sidious was looking for, and that he’s been groomed to become his most powerful pupil. He tells her that he staged the whole Mando war just to get Anakin there to take him out so that he could rob Sidious of his ultimate prize.

Even though he tells Ahsoka the exact truth, she can’t process the thought of Anakin betraying the Jedi, so she bails on her pledge to help Maul, and prepares for a duel.

They have an impressive duel while a big battle is raging between the Clones and Mauldalorians. Maul makes an escape, but Ahsoka pursues him to his rendezvous point. The battle again, and Maul disarms her. But rather than take her out, he tries again to get her to see his point of view on Anakin and the impending chaos. She doesn’t relent, rather she uses his rage against him, and knocks him off the ledge they were on. She then catches him with the Force so Clones can reel him in.

While this is happening Maul is screaming out to be killed and warning them all that they’re making a huge mistake by not listening to him about Sidious, Skywalker, and the impending fall of the Republic in beautiful mad man maul fashion.

Well, Sam Witwer wasn’t kidding when he said that this would be a mind blowing episode of The Clone Wars, because it surely was. And most of the mind blowing came from his character, Maul.

We learned in this episode that Maul knew everything about Sidious’ plan to get rid of the Jedi, so he could take over the Republic with his Galactic Empire. He knew it all before anyone else, which is amazing, and makes Maul such a deeper character than the beast he was portrayed as in TPM.

I especially appreciated how his focus was secretly always on Anakin at this point too. He had a vision about the rise of Vader that worried him so much that he started a war on Madalore to draw him out in the hopes of killing him to rob Sidious of his prize, and ultimately his solution to getting rid of the Jedi for good.

Once again, Star Wars has shown us that the Sith only speak in truths, yet the Jedi, or at least light side force users, had some sort of inability to believe them due to their belief that Sith lie, cheat, and steal to get their way. It really reinforced the arrogance of the Jedi, and the hubris Luke told Rey about in TLJ.

Of course the action was killer in this episode too, and I have to say that Maul and Ahsoka’s duel is definitely way up there now in the list of Awesome Star Wars lightsaber battles. And I can’t forget the end, in particular Maul’s rage at being caught, and how he’d rather die than live through what is about to do down in the galaxy. His warnings to his captors were chilling because we know he’s not screwing around.

Yet another epic episode of The Clone Wars has just played out during the show's Siege of Mandalore arc, and it was just as amazing as the cast and crew teased. Big time reveals about Maul! 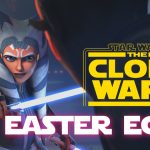 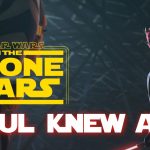 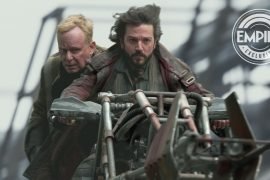