The Clone Wars is back for its final run, so I will be recapping and reviewing each episode in video form, as well as doing an additional Easter egg breakdown, so today the focus is on “The Bad Batch”, which is the first episode in the show’s final season.

You can check out the full recap and review below!

Hey now fans of Clones, Matt Heywood here to recap and review The Clone Wars: The Bad Batch, aka, S7E1.

The episode begins with Anaxes under attack, and Captain Rex thinks the droids are using a special algorithm based on his own strategies to turn the tide of the battle, so General Skywalker and Windu task them with investigating the algorithm by infiltrating a Droid cyber center.

While he doesn’t tell Skywalker, Rex reveals to Cody that he thinks Echo is still alive, mostly due to how the droids are able to figure out his own strategies, which he used to cook up with Echo.

Cody dismisses Rex’s echo thoughts and tells him that they will be joined by Clone Force 99, who all show up with style as they introduce themselves as Hunter, Tech, Crosshair, and Wrecker. Kix and Jesses from the 501st also join the expedition force, so they head out.

En route to the cyber center their gunship is shot down and Cody gets injured in the crash, but Wrecker is able to literally save him from dying by lifting the gunship off of him like the Hulk.

At this same moment a large force of Battle droids show up and press an attack, but the Bad Batch as they call themselves spring into action and kick the living piss out of what seems like a full battalion of droids. Most impressive these clones are.

After the battle, Admiral Trench assesses the situation and knows something is afoot, so he puts his droid army on full alert.

Meanwhile, the clones argue over their next move and Captain Rex taking the lead now that Cody is out of commission. They eventually agree they’re all on the same side, and follow Rex to an outpost, which they take easily.

From here they move onto the Cyber center and once again take it with relative ease. Although, a full battalion of B2’s eventually show up, causing the clones to need an escape ride, which Crosshair secures.

While this is going on, Rex and Tech find the signal with the algorithm, but to their surprise, it’s coming from a live source on another planet. Tech gets the signal to announce itself as CT 1409, which is Echo’s callsign.

The clones get out in the nick of time and make their escape back to Republic lines, but Rex is concerned knowing that his former friend is still alive after all, but probably not in a good situation.

Boy was it great to watch a new episode of The Clone Wars, and one that was pretty great at getting fans back into some prequel tales.

I appreciated how this episode almost exclusively focused on the Clones, which allowed us to reunite with favorites from the past, while also meeting new and very entertaining characters thanks to the arrival of Clone Force 99, which is a nod to old Clone 99, giving them a very nostalgic team name for the franchise.

I found the action bits to be awesome, especially Clone Force 99’s decimation of a full battalion of B1s, and I also like how they all have very unique personalities that are all a little off. I feel by the end of this season the members of the Bad Batch will rank up there with members of the 501st and Commander Cody in the minds of fans, mostly because they’re very memorable thanks to their powers, personalities, and looks.

Having old faces and names return was a nice touch too, and thanks to this show never airing in chronological order, we are sorta getting prequel tales for this series itself, especially when you consider that Kix is back, and that Trench is still alive.

Finally, how can you not love the whole Echo plot point. I think this thread will resonate with die hards thanks to its direct callbacks to past events, and because it seems like fans will get some final resolutions for the more iconic named clones from The Clone Wars series.

The Clone Wars is back and looking better than ever. This debut doesn't disappoint as it revives old plot threads that needed resolving while also introducing new memorable Clones in the forms of Clone Force 99.

The Mandalorian Season 1 VFX Behind the Scenes 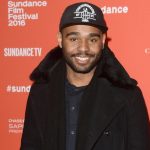