You can definitely chalk this piece up to the lack of Star Wars news these days, but for lore hounds like myself, maybe it’ll give you some peace of mind.

One thing that I wondered about with The Clone Wars Season 7 was how its timeline would fit into the series itself, as well as the Prequel era, and now thanks to the official Chronological Watch page on StarWars.com, we have its official timeline.

Just like most other seasons of The Clone Wars, Season 7 was not told in chronological order itself, although the season’s events all took place after the events of the show’s sixth season.

As you can see above, Ahsoka’s four episode arc with the sisters took place first in the Prequel era timeline, and then the Bad Batch arc kicked off, leaving the Siege of Mandalore arc as the true chronological end to the show. I do think they aired out of order for a reason though, mostly to build up the anticipation of Ahsoka reuniting with Anakin and Kenobi as we watched her slower paced arc with the sisters. If they aired in chronological order, we would have lost all of that anticipation after Ahsoka agreed to join up with Bo-Katan, because we would have had to sit through the Bad Batch arc before we got the payoff of them reuniting in Episode 9.

This chronology also now provides for some time in between Ahsoka joining up with Bo and them meeting up with the Jedi, so there’s potential that her and Bo spent some legit time together before teaming back up with Anakin and Kenobi.

In the end, the aired order makes the most sense narratively, but like all things The Clone Wars, the chronological order ended up being quite different. 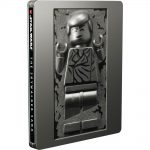