One of the most anticipated shows coming to Disney+ this year is the revival season of Star Wars The Clone Wars. We had no official date for this new season until today.

Disney announced a February release date for the new season at D23 and via their Twitter account.

The image used in this announcement is pretty awesome. An older looking Ahsoka Tano approaching Maul with saber drawn. Definitely an awesome duo of characters that will be meeting up in some way in this season.

There was no announcement if the revival will only be 1 season or if it would span multiple seasons, and no word on if there will be a time jump that occurs after the events of the last released season of Clone Wars.

Only time will tell these important facts, but this alone makes Disney+ a must for Star Wars fans. 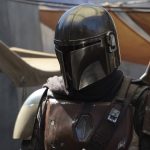 Official D23 Trailer for The Mandalorian