Thanks to a brief ad that appeared on Disney’s site last night, we now know the exact release date for the final season of The Clone Wars.

Star Wars: The Clone Wars, the final season, will begin airing on Disney Plus on February 17, 2020. I believe that’s a Monday, which is a curious day to air the show, especially when Fridays were reserved for new episodes of The Mandalorian.

I’m guessing The Clone Wars got Monday because it’s a cartoon, but I can assure you, if you skipped out on the first six seasons, or Star Wars Rebels, this ain’t just a simple cartoon series for kids. Quite frankly, The Clone Wars feature the best prequel stories in all of Star Wars, so they shouldn’t be scoffed at, and based on how much Mando pulled from them, Star Wars fans are almost required to watch the cartoons now.

We will be doing easter egg breakdowns, recaps, and review of the 10 episodes each week that they air, so make sure to get locked in with the SWT Show! 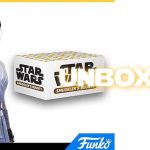 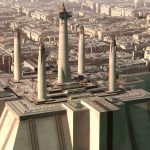 Rumor: Next Star Wars Films to be Set During “High Republic” Era and May Tie Into Project Luminous