THR has put out a new in-depth article for The Book of Boba Fett, and it features some choice information via quotes provided by the show’s cast and crew. A good portion of the quotes are just re-hashed from similar statements made in other interviews, but a few, especially from Robert Rodriguez, do offer up some intriguing insights.

For super-fans who want to know everything about ever character in the show, it now appears that we finally know who the Ithorian is that was shown in the first teaser. This character is called The Mayor (pictured above), and he is voiced by Robert himself. In fact, the voice you heard in the trailer was indeed Robert’s and not Pedro Pascal’s like many others wrongly guessed.

Rodriguez wound up directing nearly half of the episodes himself — three of the “big ones,” as he puts it — as well as voicing two characters (including The Mayor, whose voiceover is heard in the trailer).

It’s not clear what other character he voiced, but at least the important looking Ithorian has a name now, and a position for that matter. You also have to appreciate that Robert directed the “big ones” in terms of his three episodes, so one can only wonder what they entail.

Robert also discussed why he took on a franchise like this when he doesn’t usually do franchises unless he created them. Fans of our show may find his response comical, because he more or less describes the bozo that Fett was prior to being resurrected.

That changed with Boba because he was a character that was always underserved. It was a character way more popular than he should have been, based on [his limited screen time]. So it’s almost like starting with an original character. You can kind of do anything you want, so long as you make him cool and don’t make him a buffoon.

Trailers Have Only Showed a Taste of the First Episode

Many fans have guessed that the released trailers for the series probably weren’t showing much more than the first episode, but according to this article, they’ve only come from its first half!

The producers have only revealed footage from the seven-episode season’s opening minutes. “We can’t use the second half of the first episode because it gives so much away,” Rodriguez says.

Now if you weren’t jazzed about S1E1 already, this quote should have you busting at the seams!

Fusing the Old with the New and Big Surprises

Dave Filoni also dropped some wisdom in the THR piece, specifically about how a character like Boba Fett will now allow them to fuse character’s from past and present Star Wars projects together.

“Boba gives us a direct connection to the Star Wars saga since he was involved in that story. This creates a nice crossover point for both classic characters and new characters. Much of The Mandalorian was new, or had not been seen onscreen. Through Boba Fett, we can weave some of those characters and tales together using a character we know but don’t know a lot about.”

Rodriguez adds that the character specifically “invites a whole world from the underworld in with him.

“Things turn up you don’t expect, you see things we couldn’t believe we got to do. Every episode has big surprises.”

According to Rodriguez, it sounds like Boba has made a choice that he isn’t ready to deal with in terms of taking over Jabba’s territory.

“Boba bites off more than he can chew, and we definitely do not make it easy for him. It’s easy to sit on the throne; it’s not easy to stay on. So what’s it like for a bounty hunter to have to suddenly become a leader? Where’s the push and pull in that? What is he trying to become? We really go in depth into the character.”

The Book of Boba Fett Season 2?

While the series currently isn’t know to have more than one season, Robert thinks that there is definitely potential based on fan response.

“If people really love it, I’m sure they’d want to make more.”

Why yes Robert, we don’t think that will be an issue, so hopefully the money keeps coming in for more BoBF!

the book of boba fettthe mayor
0 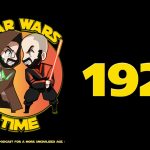 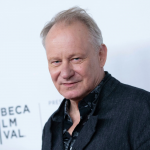