The latest Star Wars Galaxy of Adventures short takes one of the coolest battles in Star Wars and made it look even more radical. It mostly focuses on Luke’s heroics in the battle, so it follows him during his Snowspeeder attack, all the way to his one man take down of an AT-AT.

If you’ve never seen one of these shorts, this is the one to start with, because it’s a perfect example of the animation style, visuals, and the flow of the action. They also use the dialogue and sounds from Empire, so they have an air of authenticity to them.

Again, if only we could get the films fully remade in this style! Maybe even shortened versions of each movie, but they’d be fantastic to see as summaries of an entire film. 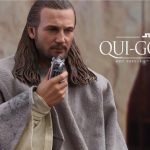