Hunter is the latest member of The Bad Batch to be immortalized in glorious 1/6th scale figure fashion, as he is now available for pre-order from Sideshow Collectibles.

Hunter joins Echo, who was revealed a month or so ago, and like his new buddy, he’s a damn good looking high-end figure. The sculpt definitely goes for a more live-action vibe, as did Echo’s, but it works well. Hot Toys is surely getting a ton of use out of Temura Morrison’s face scan that has been used for various Clone figures at this point in time, not to mention the Jango Fett figure.

Hunter will set you back $250, and is set to ship next summer. You can lay down your pre-order today over at Sideshow. Additional details on the set can be found below.

The Bad Batch, technically known as Clone Force 99™, is the result of Kaminoan™ experiments to create a specialist unit of clone commandos. Hunter, their leader, is a strong and stoic soldier. Hunter has extraordinarily keen senses that give him an edge when tracking down his targets.

The highly-accurate collectible figure features meticulously developed recreation of Hunter’s armor and helmet with weathering effects, interchangeable head sculpt with wonderful likeness, a military backpack, a range of weapons, and a specially designed display base!

The focused leader of the Bad Batch will surely be a welcomed addition to your Star Wars collection!BrandStar WarsManufacturerHot ToysTypeSixth Scale Figure 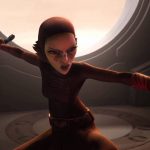 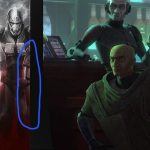 Rex in Poncho Black Series Figure Likely Thanks to Wrecker’s Box Art, Plus a Gaming Great Nobody Wants