The Bad Batch Season 1 Episode 9, aka, “Bounty Lost” is out now and ready to be analyzed for interesting Star Wars lore and key moments, so head on down below to consume the breakdown, which also features a lesson on the Alpha and Omega mantra.

Well friends, for the second episode in a row now we’ve had a light smattering of eggs and references to cover, which makes my job easier but these breakdowns much less interesting.

At least we got to see Cad’s head plate in the show, which we discussed in episode 167 of our dumb podcast thanks to some concept art for the character.

Like we speculated on the SWTS, this head plate could very well be confirmation that the Boba and Cad bane deleted duel scene actually did happen, and the plate is a result of Cad’s injuries from being shot in the head. If anything else it works well for head butting people as we see him use that tactic on Fennec later in the episode.

While the eggs and references list is short, it is rather sweet thanks to the next notable scene, which featured the reveal that Boba’s original name was Alpha since he was the first clone and an unaltered one at that. Plus you now get the whole Alpha and Omega dynamic of Jango’s clone samples and Boba and Omega being the first and last of his material as a play on the Greek Alphabet.

I’ll have more on this scene in the key moments section as it more than likely sets up a big character return in The Bad Batch.

And to round out the list we had the cloning tube room, which to me had some Exegol lab vibes, but also some Navarro lab vibes from The Mandalorian. Not to mention that the alien who topples onto Fennec looks like a nod to the universal look of an alien in our own culture, you know, big head, big black glassy eyes, those types of aliens.

I teased this last week, but this week’s episode made it very clear that Nala Se is not down with Lama Su’s plan to hire more bounty hunters to secure Omega. Her body language and Lama’s own accusations of her feelings for Omega made it overly clear that she has a special spot in whatever heart Kaminoans have for Omega, and that she’s willing to take some risks to keep her safe.

Alright, back to the whole Alpha and Omega thing as it relates to Boba and Omega. This scene is key because it confirmed my initial speculations about Omega also being an unaltered version of Jango Fett, which I first predicted many moons ago in a Bad Batch trailer breakdown. So you know I love to talk about being right, so yes this is a key scene indeed.

But in all seriousness, if you consider the implications of Boba and Omega technically being brother and sister, the chances for Boba showing up in this series have increased 10 fold.

We speculated as much on this week’s episode of the SWTS when we discussed Fett possibly getting in the mix to ultimately resolve his beef with Cad Bane, but now that it’s confirmed that he and omega are siblings, his Bad Batch debut is inevitable. Their connection at this point could send shockwaves through the Star Wars canon and future content yet to be revealed, so yes the whole Alpha and Omega reveal is extremely heavy and will surely have a lasting impact on Star Wars lore moving forward.

To close things out I have to point out the fact that Fennec Shand killed Taun We, a character first seen in Attack of the Clones, so there’s that, but more importantly, it confirmed my speculations from last week that Nala Se didn’t seem to be on the same page as Lama Su when it came to procuring Omega.

At this point Nala has staged an open rebellion against Su by hiring Shand to kill We and keep Omega from the Kaminoans, so there’s no doubt that she will continue to be in the mix as she helps Omega and indirectly, The Bad Batch, evade their now ever increasing pursuers.

Bad Batch did it again, I just can’t wait to see how Omega and Boba’s connection will play out, which seems like an inevitable plot point at this stage. I can’t wait to see how they’ll react to each other, as well as hopefully learn a bit more about Omega’s past, because while she’s just like Boba, it seems that she may have been cooked a bit later than Boba, because he is definitely older looking by the last time we saw him in The Clone Wars, so unless he just hit puberty first, which usually isn’t the case between guys and gals, it appears Omega may not have been birthed from the tube at the same time as Alpha.

Make sure to tune into the next episode of the Star Wars Time Show in which myself and my co-host Nick will fully breakdown Bounty Lost and give our thoughts on it as a whole. 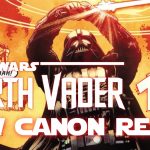