The Bad Batch Season 1 Episode 8 is most definitely appropriately titled “Reunion” thanks to the surprise return of a Clone Wars era character, and of course for the Batch themselves with their former squad mate. Head on down below for the full breakdown and speculations on where things may go now that an iconic Bounty Hunter has returned to the animated Star Wars space.

Both the Bad Batch and Star Wars fans experienced a bit of a Reunion today in S1E8, which just so happens to be titled Reunion, so let’s get down with the rather quick breakdown of it.

For a time I thought this would be the first episode of Star Wars anything to not yield a worthy Easter egg or reference to other Star Wars lore, but thanks to the rather exciting ending, we got two great instances to discuss.

In fact, the whole duel between Hunter and Cad was shot almost identically to the unfinished clip I’m talking about, so that’s an egg itself.

Anyway, I’ll delve into that a bit later, but I also want to point out that Corey Burton, who voiced Cad, Dooku, and many other characters in The Clone Wars, returned to voice the cowboy hat wearing bounty hunter. Seth Green also returned to voice Todo 360, Cad’s loyal droid.

Quite frankly, the whole Hunter and Cad duel

Like I said this episode was light on eggs and references, but the only other moment of note was also a solid tip of the hat to some old Clone Wars era content.

When Hunter comes to and we get a first person perspective, both the sound effects and the view were very Republic Commando game correct. It was a nice nod to that title, and one fans of the game will surely appreciate.

And just like that we are on to the key moments, which were also light in this episode, but impactful for many reasons.

We got confirmation that the Kaminoans were indeed the ones who directly hired Fennec Shand to hunt down Omega and return her for their last ditch attempt to maintain a contract with the Empire.

We also learn that Lama Su went ahead and offered the contract to other bounty hunters now, which is why Cad showed up, but one has to guess that other infamous hunters of this era probably got the call too, so Lama’s new bounty could most definitely provide for the likes of Boba Fett, Dengar, Bossk, and other iconic bounty hunters to get mixed up in the action.

Which kind of leads me into my deeper take on the return of Cad Bane, who like I described earlier was once killed off, by Boba Fett  in fact, in a now clearly non-canon clip first shown off at a Star Wars Celebration many years ago.

So the fact that Cad has been brought back and other Bounty Hunters are more than likely also on the hunt for Omega, could ultimately lead to a new version of the duel between Boba Fett and Cad Bane.

Cad’s line about owning Clones in combat could definitely be a bit of foreshadowing for his potential showdown with the most famous clone of them all, Mr. Fett.

One can almost see a War of the Bounty Hunters-like mini event popping up in Bad Batch. Especially if other rival Hunters try to mess with Cad’s quarry. Don’t sleep on Dave and his team to finally gives us the true canon showdown between Cad Bane and Boba Fett that was first teased in a rough rendering of the duel that led to Boba’s iconic helmet dent, and Cad Bane’s death, many years ago.

Hopefully I’m right, because it would just be another brilliant move by the galaxy’s greatest storyteller, The Filoni.

Make sure to tune into the next episode of the Star Wars Time Show in which myself and my co-host Nick will fully breakdown Reunion and give our thoughts on it as a whole. 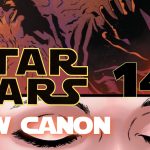 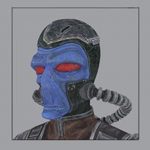