Well the Star Wars Time Show was off on its speculations (at least Matt was) for The Bad Batch Season 1, Episode 12, aka, “Rescue on Ryloth”, but thankfully that has nothing to do with the overall quality of the episode. While it was light on eggs and references, this episode definitely offered up some interesting insights into Clone behavior post Order 66, which will surely lead to some chaos before the season ends.

Head on down below to find out what this chaos could be.

If you’re down for some bad takes on Bad Batch episode predictions, then you’ve tuned into the right channel, because Bad Batch S1E12, aka, Rescue on Ryloth, definitely made my speculations for it look silly from this week’s podcast.

Anyway, can’t win them all, so let’s get on with the breakdown.

If you’re here for Easter eggs and solid Star Wars references, then prepare to be let down, because this episode was rather devoid of them.

Most the eggy/reference content has been discussed before such as seeing IPD’s, Y-Wing wreckage, and clone wars era war machines, so we were really left with just one egg, and it happens to be a piece of fruit.

That’s right, my lone egg this week is what appears to be some meiloorun fruit in Ramparts office.

This fruit played a role early on in Star Wars Rebels in getting Ezra and the rest of the Ghost Crew to work together. Hera essentially used scoring one as a punishment for Ezra, Zeb and Chopper fighting on the ghost, so I guess there’s the reason for highlighting it here in this breakdown.

And now for the key moments and a reminder to please like and leave a comment on this video, and if you’re not subscribed already, please hit that button now and turn on notifications.

Alright, so the key moments department definitely had a bit more meat, but not as much as we typically like.

I’ll start with the fact that Omega, on her own, gave Hera the Batch’s secret comm channel. It shows that Omega is forging her own patch as a Batch member, and that’s she’s not afraid to help those in needs. Her hero quotient definitely increased in this episode, and for some reason the whole distress signal from Hera had light Help me Obi-Wan Kenobi vibes, so there’s that aspect of this moment to consider too.

For those who were a bit bent over the fact that Filoni and his team may have messed with some Orn Free Taa canon, you can seemingly put down your pitchforks, because Rampart made it sound like he survived the assassination attempt. Of course he could be lying and we need to see a body at this point, but it does appear that Taa may have indeed survived.

Hera had a few firsts in this episode, starting with the fact that she essentially plans her very first mission as a rebel. We know she eventually becomes one of the greatest Rebel leaders and tacticians, so it was cool seeing her take the lead on a mission for the very first time.

Her other first ties into the other thing we know about her, her piloting skills. On her mission we got to see Hera take off and solo pilot a ship for the first time in her life, so considering that she eventually becomes a General in the Rebel alliance and is considered one of its greatest pilots, it was a nice bit of lore to witness.

Ok, so let’s be real, thanks to this episode being relatively tame in terms of what could have happened with the Syndulla’s, namely Hera’s Mom, we have to recognize Howzer’s reluctance to follow orders as its most key moment.

We knew something was different with him in the last episode, and his desire to do right came to a head in this one. So it begs one question. Why is he able to break his chip’s conditioning? Hell, it was shown that a sizable contingent of clones also broke conditioning when he pleaded with them to do the right thing.

I believe this will have huge implications for the clones moving forward. Their betrayal to the empire shows that not all Clones will remain blindly loyal to the Empire, even with chips, so that is a huge problem for the Imperials.

It also hints that the chip system isn’t perfect, and that their control over the clones after Order 66 could degrade over time, giving them some form of free will. Based on the fact that not all of the clones laid down their arms for Howzer could also hint that in the end, some clones just chose on their own volition to side with the Empire.

Ultimately I believe this insight into Clones being able to make their own choices will lead to a rebellion of sorts, and the real reason the Empire has to get rid of them for conscripted Stormtroopers. The whole money thing always seemed a bit silly to me as to why the Empire didn’t want to keep using Clones, so if there’s a major uprising across the galaxy, or on Kamino itself, that would be the best reason possible for the Empire to green light the genocide of the clone army.

Keeping Howzer alive was a great choice by the writers, and I don’t think we’ve seen the last him, or clones like him yet. Here’s to hoping we get some legit clarity as to why he, and other clones are now seemingly able to make their own choices on what they believe to be right or wrong.

Make sure to tune into the next episode of the Star Wars Time Show in which myself and my co-host Nick will fully breakdown Rescue on Ryloth and give our thoughts on it as a whole. 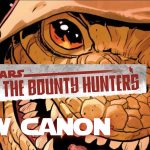