The SWTS failed mightily on its predictions for The Bad Batch Season 1, Episode 10, which is titled “Common Ground”, but that hasn’t stopped us from breaking it down.

Head on down below to get the low down on what the Bad Batch and the Galaxy were up to in the latest episode of the Disney Plus series.

Well there will be no chest beating from me this week as Nick and I were of by more than 12 parsecs with our predictions for The Bad Batch S1E10, aka, Common Ground, but who’s really listening anyway!

I’m taking the loss in stride, so let’s proceed with the breakdown.

Alright in the eggs and references department we got to meet GS-8, who also happens to look like a Death Star Droid, just not all chromed out.

We also learn that we’re seeing the occupation of Raxus when Captain Bragg gives us a CIS drop as she’s speaking to the gathered masses. Raxus was the seat of the separatist government and was also featured in The Clone Wars when there was a push for peace between Padme and Mina Bonteri, who’s son became a crush of Ahsoka’s later on in the series.

Upon Senator Singh’s refusal to comply, we get to see some good old clone wars era AT-TE walkers, and as a cherry on top, we also get to hear the iconic Imperial Klaxon sound.

It looks like Cid has some video sabaac stations installed at her bar, which reminded me of our own video poker crack machines that eat the money of drunks across the nation.

To round things out Bragg used an Interrogation droid, an Imperial favorite when it comes to talking to political prisoners.

And now for the key moments, and a reminder to like and comment on this video and to please subscribe down below if you’re not already.

This episode is definitely light on truly impactful narrative moments, but I did appreciate seeing what happened to systems from the CIS and Republic when they didn’t comply with their Imperial occupation. We haven’t really scene a system revolt like this yet, but considering Raxus was the center of CIS politics, it makes sense that it would be the first to not complete capitulate to the Empire’s new way of life.

Speaking of firsts, this is also the first time that the Batch left Omega by herself while taking on a mission. This shows how much heat she has on her tail, but it also allowed her to grown on her own for a change, and to ultimately prove to Hunter that she’s a capable team member and shouldn’t be left alone out of fear, but rather she should be included thanks to her complimentary skills.

And those skills are a mastery of strategy and tactics, which we learn about through her knack for Dejarik, so her Jango DNA is shining through.

I’m not going to say I’m surprised, but I do find it quite odd and interesting at the same time that the Bad Batch still refuses to use live fire on the Regular clones. Once again, while facing some legit heat, they manage to pull off their mission by only stunning their former brothers from another tube. It speaks volumes about their character, but I’m not sure how much longer they can keep it up. We gotta start reducing the number of Order 66 infused clones in the galaxy to make their lives on the lamb a bit easier.

I’ll wrap the key moments up with the fact that Omega’s dejarik skills has freed the Batch of their servitude to Cid. This opens new paths for the batch and the series moving forward as they will now seemingly have the choice to move on from Cid’s employ, or to keep using her bar as their base of operations. It could also mean that Cid may be ready to turn on them now that they may no longer be money making mercs for her. It’s going to be interesting to see how the Cid and Batch dynamic plays out over the final 6 episodes, and if they remain loose allies or not.

Make sure to tune into the next episode of the Star Wars Time Show in which myself and my co-host Nick will fully breakdown Common Ground and give our thoughts on it as a whole. 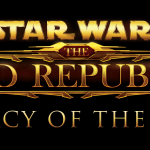