A few shots of a set being built at Shinfield Studios for The Acolyte have appeared online via Bespin Bulletin, and they appear to showcase some sort of small town or village that will be featured in the series.

The images of similar to the outdoor sets built for Andor’s Ferrix scenes, but on a smaller scale, so this build could be a village versus a town square.

If leaks are true, this could be the village where Amandla Stenberg’s more than likely titular character is from. She is the only confirmed cast member, but there have been rumors about Jodie Turner-Smith, Lee Jung-Jae, Charlie Barnett, and Manny Jacinto joining The Acolyte cast as well.

The cast and crew should be reporting to sets featured above this month, and the shoot should last until May of 2023. The Acolyte is expected to his Disney+ in 2024.

Nick and I will talk more about these set pics on this week’s episode of the SWTS, so don’t forget to tune into the Star Wars Time Show on a weekly basis via our podcast platforms or via YouTube if you prefer the livestream angle. 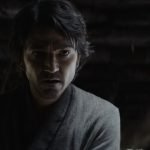