The Acolyte from Leslye Headland got a few new confirmations and details shared in a Vanity Fair article covering all things live-action Star Wars, and among them is the fact that the show is confirmed to take place 100 years before the events of The Phantom Menace, which officially kicks off the Skywalker Saga.

Headland has finished writing the series, and it is now in its casting phase. She explains how the show will take a look at a new era in Star Wars that isn’t High Republic in its nature, but more of what she is calling Star Wars’ Age of Enlightenment.

We actually use the term the Renaissance, or the Age of Enlightenment. The Jedi uniforms are gold and white, and it’s almost like they would never get dirty. They would never be out and about. The idea is that they could have these types of uniforms because that’s how little they’re getting into skirmishes.

She makes it sound like we will see how the Jedi became the hubris bunch of fools we meet in the Prequels through their own arrogance, as well as through the galaxy just being in a stable state.

Headland went on to reinforce that the goal of the show, and the reason she wanted to make it, was to answer how could a Sith lord infiltrate the Senate and take over the galaxy right in front of the Jedi’s faces.

A lot of those characters haven’t even been born yet. We’re taking a look at the political and personal and spiritual things that came up in a time period that we don’t know much about. My question when watching The Phantom Menace was always like, ‘Well, how did things get to this point?’ How did we get to a point where a Sith lord can infiltrate the Senate and none of the Jedi pick up on it? Like, what went wrong? What are the scenarios that led us to this moment?

This does indeed sound like an intriguing question to answer, and one that will hopefully shed light on how the Jedi could have ever allowed someone like Sheev to rise to power right under their noses.

Nick and I will talk more about The Acolyte on today’s episode of the SWTS, so don’t forget to tune into the Star Wars Time Show on a weekly basis via our podcast platforms or via YouTube if you prefer the livestream angle. 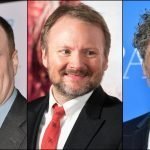 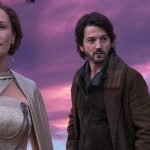