The return of Boba Fett had been teased two times on The Mandalorian prior to “The Tragedy” episode, which officially welcomed the character back to the galaxy in canon-form, and with some gusto. It truly was a great reintroduction to the character, and made him feel much more like a badass than the chump we knew him to be from ESB and ROTJ.

Temura Morrison, the actor who plays him in Mando and also played Boba’s Dad in the prequels, sat down with the NYT to discuss him rejoining the franchise as Boba Fett, and one of the more interesting things learned from the interview is that Morrison was never told how Boba Fett escaped the Sarlaac pit, nor what the character has been up to since we saw him slurped up by one Tatooine’s more lovely monsters.

Before we get to that though, Morrison highlights how his return went down, and what it was like to become Boba Fett.

You can read the full article over at the NYT site.

Temura on waiting for a call once he knew new Star Wars projects were being worked on:

There was a lot of stuff online about a possible “Star Wars” bounty-hunter film, and then I was watching all the new “Star Wars” movies coming out, wondering if they were ever going to do anything with Jango Fett. My agent and I had a number of discussions — when are they going to call me? But then I kept forgetting about it. In this day and age, they have a number of options. They could have called other people to play the part. They can go with a fresh face. They could have called the Rock. I felt so grateful that after all this time, something came to be.

TM on getting the call from Jon and Dave and what they discussed at the meeting:

I wasn’t even quite sure what “The Mandalorian” was about, but I kind of knew that Jango and Boba had their own Mandalorian history. At the time, I was in Los Angeles, meeting on another film, so I was pleasantly surprised to get the call. I actually got to the meeting quite early — I was so excited I got there about two hours early — and there were conceptual drawings on the wall. I saw an image that looked like me, and I said, I’m sure that’s me. But even then, I didn’t want to get too excited.

I was just listening — I wasn’t discussing anything. I’m just nodding, going, yes, yes. Obviously they had their ideas about what they wanted to do, and they must have told me that they wanted me to play the role again. But I was so nervous that some of it was just going straight over my head. I was just going: “Wow! This is great.” It wasn’t until I got back in the car after the meeting that I went, “Is this actually going to happen?” But as you saw, it happened, all right.

TM on a different type of Boba being portrayed in Mando:

TM on how the costume, makeup, and his culture helped him to envision the new Boba:

I was doing that kind of background work — what’s this guy going to look like? What’s he going to sound like? — and while they’re applying makeup, I’m going, well, here he is. We did quite a number of makeup tests and I worked closely with the makeup artist Brian Sipe. When I saw some of the scars on my face, I thought, well, maybe he does talk a little bit gravelly. Maybe his vocal cords have been affected as well. Then you put the costume on and it gives you a sense of power. The costume makes you feel like Superman. When I put the armor on for the first time, it just felt right.

I come from the Maori nation of New Zealand, the Indigenous people — we’re the Down Under Polynesians — and I wanted to bring that kind of spirit and energy, which we call wairua. I’ve been trained in my cultural dance, which we call the haka. I’ve also been trained in some of our weapons, so that’s how I was able to manipulate some of the weapons in my fight scenes and work with the gaffi stick, which my character has.

Now here is the most interesting aspect of the interview for me at least, and that’s the fact that, at least according to Temura, and he could be playing coy to prevent a leak, but he still has no clue how Boba Fett survived his apparent death in ROTJ.

Ah, no, I don’t. There’s quite a bit of loose ends, and I’m not one of those guys that knows too much about the actual history. The fans of “Star Wars,” they have better knowledge of, What’s happened? How can he still be alive? I thought he was stuck in this place? I can find out more on the internet.

While there is a rumor about a Boba Fett spinoff for Mando, or at least a prequel mini-series, it doesn’t seem Morrison has been notified, or again, he’s playing dumb due to a NDA he may have signed.

I’m just going to have to wait and see. I think a lot of it depends on how things go with this season, but I don’t really know. I wanted to bring everything I had to that [episode] and give them a glimmer of what I can offer. There’s room for this to go someplace. I hope I’m going to be included. 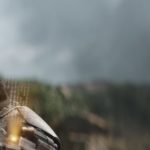