Thanks to a talent agency listing for Temuera Morrison, it now looks like he’ll definitely be playing a major fan favorite character in some form or fashion in the second season of The Mandalorian.

This character is none other than Boba Fett, which has been added to his CV listing on Showcast, which you can check out for yourself, or see below. Showcast is a talent agency site for Aussie actors, and from the limited research I’ve done it looks to be a legit site, so this should be taken as a legit leak. It’s still curious that this would be allowed to happen though, so I’m not 100% confident in the leak, but it is a strong one none the less.

Morrison’s inclusion in Mando has been rumored for quite sometime now, but this is the first somewhat official looking confirmation. Like I said though it seems shady that this site was allowed to reveal his role before Lucasfilm, so I’m still a bit suspicious.

We will talk more about this on this week’s episode and stream of the Star Wars Time Show! Make sure to check out our trailer breakdown for The Mandalorian if you haven’t already done so. 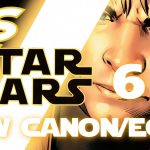