Temuera Morrison has confirmed what many Star Wars fans have guessed would take place in The Book of Boba Fett in a new interview with Rotten Tomatoes. The Boba Fett actor confirmed that the series will cover Boba Fett’s past all the way from the end of The Empire Strikes Back up until his reappearance in The Mandalorian.

One would also guess that the show will also feature Mando’s present timeline, but it is nice to learn for sure that some of Boba’s OT past will be featured in the series. Once again, the SWTS team’s speculation on the narrative of this series has been proven true, so make sure you tune in each week (YouTube and Podcasts) to catch our hot air filled takes on Star Wars plot predictions.

Anyway, Temuera’s insights can be read below. The highlights are of course the whole reveal that the show will feature Boba Fett as far back as his post ESB days, but I also appreciated his summary of the character before he was made a badass in The Mandalorian. Like me, it seems as if Temuera also felt that Fett was more of a Bozo than a badass, which made me smile a bit. Hey, at least the War of the Bounty Hunters run is redeeming the character in spades, but it now sounds like we will get some live action OT Fett as well, which is just fantastic.

Rotten Tomatoes: Well, I will avoid The Book of Boba Fett. But for The Mandalorian, which everyone has seen, what was it like to return to that character and do that hand-to-hand combat and do things that we hadn’t really seen in a Star Wars movie before?

Morrison: I think that was a blessing for me in a way, in terms of Boba Fett’s history. No one’s actually seen him do anything besides stand there. And of course, his claim to fame was catching the man, I guess. But other than that, he was a pretty elusive bloke. So this was an opportunity again, to work with Robert Rodriguez, who gave it a little bit of an edge. And I think Robert’s ability was to sort of make a good point of making this guy explode. After it, Jon Favreau come up to me and just said, “Congratulations, the fans loved it.”

Rotten Tomatoes: Will we see more of that Boba Fett, the hand-to-hand fighting Boba Fett, in the new series?

Morrison: Well, we can’t say too much, but we’re going to see his past and where he’s been since The Empire Strikes Back. Somebody pointed out he’s been kind of stuck in this one place, and now’s the time to actually go back in time and check out his journey and find out more about him.

But yeah, that was the advantage for me, was that we hadn’t seen him do much. And along with Robert Rodriguez as director, we were able to sort of introduce him in a dynamic way, bring him back in a dynamic way alongside the Mandalorian. It was just an honor to be asked back.

Nick and I will talk more about Temuera’s interview in next week’s episode of the SWTS, so don’t forget to tune into the Star Wars Time Show on a weekly basis via our podcast platforms or via YouTube if you prefer the livestream angle. 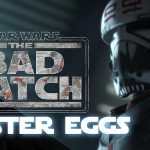