Star Wars #7 2020 is out now, so that means it’s time to see what new interesting lore it added to the Star Wars universe, as well as to highlight some of its Easter Eggs. You can find out what this issue provided in those regards below.

Star Wars 2020 #7 is available this week, and it is kicking off a whole new story that will put the narrative focus on the Empire’s Commander Zahra and the Rebellion’s Princess Leia.

While this issue was a bit slow due to it being a transition into a new story, it did offer some interesting new Star Wars canon bits, as well as a few Easter eggs, so let’s get right to it.

First off, and this issue is heavy on them, is a Rogue One egg in the form of Galen Erso getting a mention alongside Leia’s role in securing the Death Star plans.

The Rogue One eggs continued with an appearance by Krennic, who was getting brow beaten by Tarkin just like we saw in the movie.

We also got a look at Tarkin’s favorite way to torture Rebels, which included the iconic torture bot from A New Hope, and the table of death from ESB.

Like I said this issue was egg heavy over interesting Canon bits, so the next moment of note is also an egg thanks to Vader busting out the Foundling term when referring to Zahra and Tarkin’s bond.

Alright, so now we get to the interesting Canon bit that this issue introduced, and that’s the fact that Tarkin knew of, and seemingly feared who the Nihil were. They were the main bad guy faction during the High Republic era, and have been promised to be sons of bitches that can even give Jedi a run for their money, so it was interesting to see a man like Tarkin still fearing their ideologies and what they could do to disrupt his beloved empire.

This next Canon entry may be a bit of a stretch, but it was revealed that the Empire did have a shuttle prepped on the Death Star during the Battle of Yavin to evacuate high ranking officers, which is more than likely the shuttle Tarkin refused to leave in when he told his officer – Evacuate? In our moment of triumph? I think you overestimate their chances.

It wouldn’t have mattered if he did try to leave though, because Zahra stole it to try to redeem herself in Tarkin’s eyes just as the Death Star blew up.

This explains why she hates Leia and the Rebels so much, who show up at the end of the issue to give us a few more eggs in the form of Red 5 standing bye, and the Falcon, which I’m assuming is being piloted by Chewie or Lando, or both. 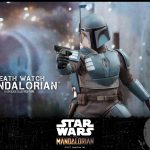 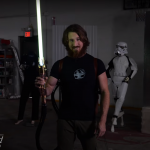