We finally did it! We actually interviewed someone, and while Nick was only with us as a Force ghost, it felt good to branch out into new territory to interview the one and only SirDork730 on IG, Jared Middleton.

We then went into his journey with toy photography, and how he went viral last December, and how that has led to all sorts of cool opportunities in 2019. Jared shares a few of his tips and tricks, and he lays down some key advice for new toy photogs.

During this segment, I had Jared share three of his own shots. One had to be his first Star Wars toy shot, the other a shot he felt his skills were improving, and finally, a recent shot that he is proud of.

Jared then shared three shots from artists he looks up to, so we discuss what he liked in them, and how they helped him become a better artist himself.

Finally, we got into his amazing opportunity with Disney for the Triple Force Friday livestream reveal, which he got featured on for his Star Wars toy photography. You’ll find out how he got the hookup, and what the event was like behind the scenes, so tune your asses in and prepare for the first ever SWT interview! 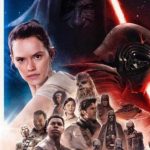 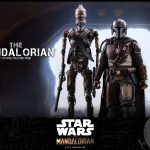