This episode of the Star Wars Time Show Friday edition features a few poignant topics for Star Wars fans, as well as a tangent that Instagram users, in particular, Star War fan artists, will want to hear.

We start off discussing the date reveal for Star Wars Celebration 2020 in Anaheim, which is taking place next summer versus next spring, which is typically when Celebrations are held. Nick and I then wonder what properties will be shown at the show considering that no new Star Wars films are planned until 2022. Don’t forget that tickets go on sale this Friday!

From here we dive into some speculation on The Rise of Skywalker, in particular, a new fan theory that another Empire Strikes Back character may appear in the film. For the sake of spoilers I won’t list the character’s name here, but you can hear all about it by tuning in above.

We also touch on some cool fandom, including a great video on the Jedi as told through the lens of Luke Skywalker.

Finally, we get into our Top 5 Star Wars artist features of the week, but before we talk about the five chosen shots, Nick drops some knowledge bombs on a recent IG algorithm update that many Star Wars artists have been feeling the brunt of. 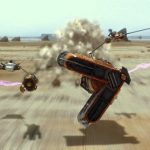 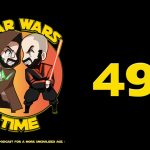 SWTS: Andor S2 Details and the Disney+ Star Wars Roadmap Through 2024, Plus The Acolyte Cast Grows