Welcome back to a special edition of the Star Wars Time Show!

In this episode, we will discuss everything we learned about EA and Respawn’s Star Wars Jedi: Fallen Order from E3 this year and drop some news about another Star Wars game that was announced during the show.

We start off by giving our overall impressions of the first gameplay reveal, which went down last Saturday at EA’s EA Play event. Basically, we really enjoyed what we saw, and we’ve already placed it at the top of our Game of the Year list. Who cares if we haven’t played it, it’s a narrative-driven, canon-based, Star Wars game coming out this year, so yeah, GOTY.

We then go into details about the game’s characters and gameplay, based on a great Fallen Order write up from Game Informer’s Andrew Reiner. Which you should also read by the way, but we recap the main points of interest.

Finally, LEGO Star Wars: The Skywalker Saga gets its turn in the spotlight, which was a surprise reveal from E3 that Star Wars fans definitely didn’t see coming. 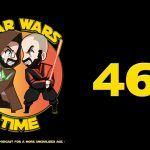 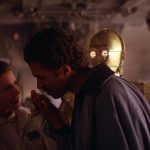