This leak is an interesting one, because while we all want to claim the footage of Star Wars: The Mandalorian is fan made, there are a few factors that could hint at the game being legit.

The biggest argument against this game being fan made is that it is running on Google Stadia, and that isn’t necessarily an open platform that provides tools to regular users to create games for it. Therefore, it’s unlikely that this Mandalorian game is fan made or a mod of another game.

The game has some legit polish in my opinion, while also being quite unfinished. Who knows what the hell it is, but I’m sure many of us would take it if it is indeed a third person action game based on the hit Disney Plus series. 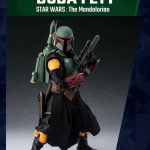