In the latest episode of Corridor Crew’s series in which film professionals breakdown how well their particular profession was addressed in famous movies, they enlisted a professional stuntman to comment on various movie stunts that have been featured over the years. One of the films they had him react to is Star Wars: The Last Jedi, in particular, the throne room fight between Rey and Kylo and the Praetorian Guards, and he definitely shined a light on some of its fight choreography issues.

I must disclose that I know the stuntman personally, and Eric has been a friend of mine for decades. He’s been in the business for 14 years, and has some very impressive credits, so I take what he says about stunts seriously.

I’ll also confirm that he’s a huge Star Wars fan, in fact, I’ll never forget the day late in 2001 when he asked if I’d be able to fashion up a Jedi robe to compliment the Anakin costume he was making for Star Wars Celebration II. We went on to attend that show, and Celebration III in 2005, which just so happens to be the time he left to become a Hollywood stuntman. I’ll also confirm that he’s not a fan of TLJ whatsoever, and in general, he has a very critical eye of film after working in the industry for nearly 15 years, so we don’t see eye to eye on all of his TLJ critiques. Although, after watching his reaction to TLJ’s throne room fight above (TLJ breakdown starts around the 4:00 mark), I must agree with his disapproval of the action.

I’m a fan of story and moments first and foremost, so when I initially saw this scene play out, I didn’t pay attention to all of the fight choreography gaffes and the overall tame nature of the battle. I was still shocked from the death of Snoke to notice any of that, but after watching Eric break the full thing down and explain why it’s a bad fight, I have to agree with him in full. It really is a basic fight overall, and the amount of mistakes are glaring if you know what to look for. It definitely could have been way more amped up like Eric explained, especially if Force powers were used.

I’ll probably never agree with Eric’s full take on TLJ, and that’s fine, opinions are meant to vary, but I do now see why a stunt pro like him would find TLJ’s throne room fight to be eye-roll worthy at best.

Here’s to hoping Daisy’s report that Rey’s duel with Kylo in TROS will be an epic sight to behold! 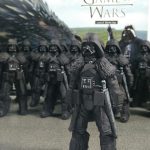 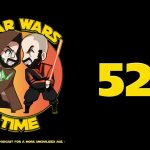