EA has thrown up an informative blog post today for Star Wars: Squadrons that goes over the game’s available Starfighters, the classes each Starfighter belongs to, as well as a detailed breakdown of the game’s power management system.

To start, these will be the eight Starfighters available in the game:

Now each of these will have their own unique feel and functionalities, but in general each ship will share the following features: primary weapons, countermeasures, a hull outfitting, engines, and two auxiliary abilities. Some of the ships will also have shields.

In terms of power management each model of ship will allow players to manage three subsystems during battle to potentially give them an advantage. These systems will be Engines, Lasers, and Shields, and players can add or remove power from each system to make them more powerful at the expense of the other systems.

While players can max out a system like lasers through upgrades, they can still use power management to give more powers to their lasers, but since they’re already maxed, the added bump will give them overcharged lasers. It should be noted that players will be able to choose between a more basic power management system, or a more advanced one depending on their preference.

The article also broke down the four ship classes that each Starfighter will be a part of. The classes are: Fighters, Bombers, Interceptors, and Support.

From the article each class is defined below:

The article goes on to describe the ship cockpit designs, so feel free to check out the rest of it over at EA. 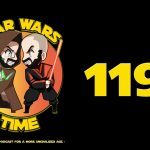 RUMOR: Hayden Christensen Back As Anakin for Kenobi