Star Wars: Visions is now live on Disney+, and if you haven’t checked it out yet as a fan of the Wars, shame on you. It’s a fantastic spin on the Star Wars franchise, and it quite frankly provides some of the freshest take on the core narrative themes of Star Wars that Lucas laid down decades ago. The shorts looks slick, make bold choices, and just kick-ass for a lack of a better word.

I went ahead and handled the review for the SWTS, so you can check it out below. I gave the series an 11/10 for those who like to keep score, but I also ranked the episodes in terms of their individual impact on my own fanboy senses. You can also check out the rankings in the video below, or using the handy list for those who don’t like moving pictures and the sound of my stupid voice.

Here’s to hoping for another season of Star Wars: Visions!

I decided to include my raw notes on each episode in the rankings below, so please excuse the quasi shorthand randomness and caveman language.

dig the black and white with color splash look. All the bids to Star Wars. The fight and his blade. The droid whistling birds. His kill. The end.

master looks like Keanu and sounds like Han Solo. Kinda dry in tone. Finely got moving with the elder arrival and pad swan slayer. Master versus elder battle dope. Maybe best duel. The message in age and waning abilities. Good. 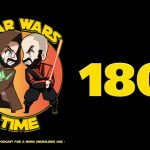 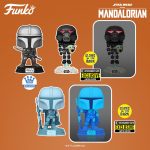