We’re back with our third episode in the newly rebooted Star Wars Time Show for StarWarsTime.net, and it feels damn good to be on our own podcasting feed moving forward. Speaking of which, if you listened to us over on EB, and have made your way over here, you can now get official subscription links for the show on iTunes, Android, Google Play, or through whatever podcast app you prefer. We will eventually get the show back on Tunein and Stitcher too.

Alright, on the good stuff, and that’s this show’s Star Wars topics. We start out with a fantastic tweet from Billy Dee Williams, which showed off the actor, who is in his eighties, working out, presumably for his role in Star Wars: Episode IX. While the video is pure gold itself, the user comments on the video are even more entertaining. I for one couldn’t even keep myself composed as I read through a few of the more hilarious comments, so make sure to check out the tweet as your listening to the segment for some visual reference.

We then move on to the Star Wars Fan Awards, which were announced last week. I talk about how I personally know three of the winners, and encourage you to check out their work on IG, and to get involved in the Fan Awards yourself.

Nick mentions that the final Thrawn novel is inbound, so we talk about the new Thrawn books, the Chiss Mack Daddy himself, and how it fits into the new Thrawn canon established in Star Wars Rebels.

Finally, we react to the official casting confirmations for The Mandalorian, which were finally provided by Lucasfilm last week. We wonder what characters may be played by the confirmed cast, and how those characters may be used in the plots we speculate on that may play out. 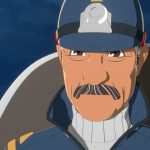 Know Your Star Wars: Who is Captain Doza? 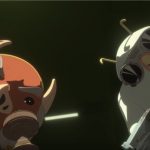