One of the hardest things to do in film making or narrative storytelling is bring something to a close. JJ Abrams and Chris Terrio were tasked with not only closing out a film trilogy but a 40 year long saga that has become a worldwide phenomenon. The Rise of Skywalker carries the weight of the franchise on its shoulders, and you can feel this burden in the film.

Abrams went into The Rise of Skywalker having written and directed The Force Awakens, the highest grossing Star Wars movie of all time, and then sitting on the sideline as his colleague Rian Johnson wrote and directed The Force Awakens’ follow up film, The Last Jedi. Abrams was not initially supposed to direct the franchise’s final film. That was tasked to Colin Trevorrow, but after issues arose between Trevorrow and Lucasfilm, Abrams was brought in as a savior.

Before exiting The Force Awakens production and stepping away from Star Wars completely, Abrams wrote treatments for both Episode VIII and Episode IX, and it seems like he tried to fit as much of both films into The Rise of Skywalker as possible. The film is so jam packed with action and plot building moments that viewers, and characters in the movie, have very little time to breathe before something else pivotal happens. This frantic pace is present throughout the first hour to hour and twenty minutes of the movie, and while Terrio and Abrams do establish their necessary plot points, it is done in a very hasty fashion filled with plot conveniences and little time for characters to grow and interact with each other in meaningful ways.

Once Abrams and Terrio established all of the necessary plot points to set up their finale, TROS settles into an enjoyable and nostalgic end to the Skywalker saga. Fantastic performances by Ian McDiarmid, Daisy Ridley, Oscar Isaac, and the rest of the main cast draw viewers into the films second half and well imagined set pieces by Abrams and Terrio bring thrills and chills as the film builds to its crescendo. Some will point to the lean towards nostalgia as a weakness of this film, but as a lifelong fan of Star Wars, it didn’t bother me to see familiar sights and experience similar feelings as I did in past films. TROS’ ending does the best any movie could at rounding out the vision that George Lucas set forth in 1977.

Could The Rise of Skywalker been done well, maybe better, differently? Absolutely, but that does not make this a bad film. Abrams and Terrio were over ambitious by attempting to pick up their perfect Star Wars sequel trilogy right where they left off, at the end of The Force Awakens, and if they had more time, or another movie, to flesh out their full plot, The Rise of Skywalker could have been a near perfect end to the saga as a whole. But, I think a wiser move, given the time limitations on this film, would have been to embrace the events of The Last Jedi and try to use them to build towards a more cohesive close to the Skywalker saga. I can see that there was once much more substance to The Rise of Skywalker’s first act and a half, but there just wasn’t enough time to let those plot threads breathe.

The lack of focus on character building and exposition really hurt this film more than the tons of extra plot ended up helping it. Star Wars fans want to feel attached to the people they are following in the films, and this trilogy as a whole really never settled into that space.

Overall, The Rise of Skywalker was a satisfying film. The one thing that caused this film to suffer more than anything is the very thing that it was marketed on, closing out 9 films and 40 years of story telling. With less than 2 1/2 hours of screen time and little to no set up for the story they wanted to tell, Abrams and Terrio tried their best, but ultimately weren’t able to give the film the polish it deserved.

The Rise of Skywalker attempts to tell as much of two movies as possible, but doesn't quite have the time to do it.

Star Wars Suffers from the Impossible Expectation of Perfection 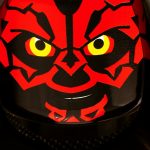 LEGO Star Wars: The Skywalker Saga Gets a New Trailer