This December, a new series of comics will be issued that explore how Ben Solo became Kylo Ren, and if you’re a Star Wars junky, this should excite you. It’s been explained that we will see why Ben turned into Kylo by the series’ writer Charles Soule, and that many mysteries will be revealed about him, the Knights of Ren, and it should also provide some insights into what he’s doing in The Rise of Skywalker.

It’s safe to say that this series will be a must read, even for people like me who don’t stay on top of Star Wars literature, mostly because I’m a lazy asshole. Anyway, the first issue’s cover art has been released, and it is beyond glorious looking. The art is from Clayton Crain, and it is one helluva badass looking cover to kickoff this new series.

You can check it out below in full: 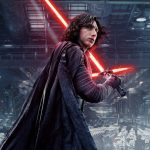 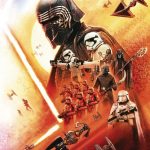