Those of you looking to get nostalgic with your collecting hobby have a chance to add some retro Star Wars figures to your collection thanks to the folks over at Hasbro.

Now these won’t make you rich, but they may make you feel like a kid again if you grew up in the 70’s and 80’s and loved Star Wars, because Hasbro is remaking six classic Kenner figures from A New Hope. The figures in the first wave include Darth Vader, Luke Skywalker, Han Solo, Chewbacca, Stormtrooper, and Princess Leia.

As you can see, they’re styled after the 3.75″ Kenner figures from the 70’s and 80’s, and they probably look pretty basic if you’re used to the days of Black Series, Mafex, and SHFiguarts Star Wars action figures. But, they do have that air of nostalgia around them, and for someone like me who still has all of these in Kenner form, I still want to add this much cleaner looking versions of the figures to my collection.

You can pre-order the full set now from Entertainment Earth for $63.99. They should ship next month.

Will you be getting retro? 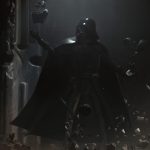