Strap in for our latest recap and review of The High Republic comic book series from Marvel. In this video we breakdown issue 4 and it’s awesome looking panels and Drengir lore. Head on down below to check it out.

Issue 4 of The High Republic comic is out now, and it is easily the best of the young series so far. It had twists, it had action, and it even had some drengir backstory to help explain exactly what they’re up to and why they’re messing with our Jedi heroes.

The issue opens with a great flashback between Keeve and Sskeer to help reinforce their bond as apprentice and master, and it really added some weight to their relationship and where it heads by the end of this issue.

When things shift back to the present though, Ssskeer is far from the wise master that Keeve was showing us that he was, because he’s now fully being controlled by the Drengir and preparing their feasts for them by taunting his former friends.

Thanks him being controlled by the Drengir, we also get some backstory on them and their ties to the darkside of the force.

I loved that the team went with a full panel of art to depict the story of the Drengir and how they and eventually the Sith with them, tore through the galaxy destroying and feasting on everything in their path.

We also learn that the Sith ultimately betrayed the Drengir, but thanks to those pesky Jedi and wanting to explore the galaxy, their progenator was set free to awaken the rest of the sleeping Drengir.

So as usual, the Jedi, trying to do the right thing by exploring the galaxy, have unleashed a darkside infused terror back into the universe. Gotta love those do gooders!

After this history lesson the narrative shifts back to the Starlight beacon and the autopsy being done on the dead Hutt from a few issues back.

It turns out that this slug was nothing more than a cocoon for a Drengir, which does its best Xenomorph baby impression by bursting out of the dead Hutt’s torso.

Now the Jedi are really in a bind because they’re fighting the drengir on 2 fronts, with one being their new home base in space.

The issue transitions back to Sskeer and his captives, who are pleading with him to break free of the Drengir’s control. Keeve even uses the same line he used on her in the flashback, which was a nice callback I might add, and it again reinforced their relationship as master and former apprentice.

But just as it seems as if Ssskeer has been lost to the Drengir and will indeed allow his friends to be eaten, he reveals that he pursposefully allowed himself to be taken over and joined with the Drengir so he could learn how to beat them.

You see, the fact that he bonded with them essentially tied his system to theirs, so he could effectively control them through the Force now, allowing his friends to take them out.

The Jedi kill some stuff, because killing is good when you’re killing bad, and then they head off to confront Cal, who they now know is up to no good with the Drengir.

After the bust into his house and Sskeer roughs him up a disturbance is heard outside and while I first thought it may be a Nihil ship, it’s revealed in the cliffhanger panel that the intruders are none other than the Hutt’s, and they look more badass than I could have ever dreamed a Hutt warrior general to look like.

Like I said at the top, this issue was pretty great. It checked a lot of boxes for me, and it just flowed really well. We got away from all the mystery and thrust the story forward, so I appreciated what Issue 4 had to offer.

The Drengir bits and the art overall also stood out, so I highly recommend this one for pickup. 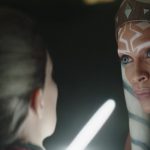 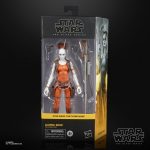