Dave Filoni’s animated anthology series, Star Wars: Tales of the Jedi, is a week away from debuting on Disney Plus, so the titles of the episodes and their runtimes have been released.

There will be six episode released in total, and they will follow the lives of Ahsoka Tano and Count Dooku. Five of the episodes are written by Dave Filoni, while the sixth is written by Charles Murray and Élan Murray.

The times for the episodes in order has also been revealed:

Nick and I will talk more about this news on today’s episode of the SWTS, so don’t forget to tune into the Star Wars Time Show on a weekly basis via our podcast platforms or via YouTube if you prefer the livestream angle.

Star Wars Tales of the Jedi
0 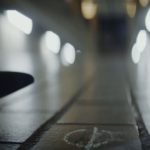