The next Star Wars film to hit theaters will be Patty Jenkins’ Rogue Squadron. Up until this point, there was little known about the movie other than what people could gather from the title and the small teaser that was released in December 2020, but now, Deadline is reporting that Matthew Robinson has been added as the screenplay writer for the film.

Robinson, best know for writing the 2009 comedy The Invention of Lying, doesn’t have a ton of Hollywood work under his belt, which is evident from his IMDB page. That being said, he is attached as the screenplay writer for two big upcoming films, The Little Shop of Horrors reboot and Live Die Repeat and Repeat (the follow up to the Tom Cruise sci-fi movie Edge of Tomorrow).

We are still roughly 18 months out from the planned release of Star Wars: Rogue Squadron, so there’s still plenty of work to be done before any substantial information can be shared about the film, but in the meantime, stay tuned to the Star Wars Time Show for all of the latest info on all Star Wars projects! 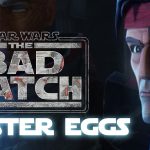 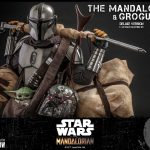