Star Wars: Galaxy’s Edge California may have opened months before Walt Disney World’s version, but that doesn’t mean it’s getting the best ride in that park first. Today, it was revealed that the 20-minute-plus Star Wars: Rise of the Resistance ride will actually open at the Orlando location first!

That’s right, just in time for Walt’s birthday, the Star Wars: Rise of Resistance ride will open at Star Wars Galaxy’s Edge in Orlando. It is then scheduled to open in Anaheim on January 17, 2020. This ride is meant to change the theme park ride game, so it will surely draw long lines on opening day, and for many years after. Hopefully it will use Fast Passes at some point in time, because I don’t think I can wait 10 years for the hype to die down.

Those of you headed to the Edge this fall, I hate you, but love you. Enjoy, and if you can, delay that trip until December! 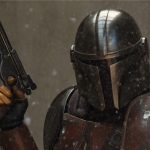 ‘The Mandalorian’ Getting a D23 Sneak Peek This August 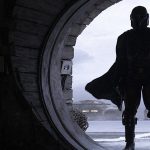