The latest episode of Star Wars Resistance got things back on track in the Star Wars franchise references department at least, which is thanks to three solid mentions of the Star Wars universe’s more mystical aspects.

That’s right, I found three scenes of note, all of which are references to core Star Wars motifs, which are the balance between the light and the darkside of the Force.

Head on down below to check them out!

Hey now fans of the Resistance, Matt Heywood here to breakdown all of the Easter eggs and Star Wars franchise references that were in Star Wars Resistance: The Relic Raiders, aka, S2E7.

There were three in total, with all of them revolving around the mysticism of the Star Wars universe, in particular, the Force and the factions who wield it.

The next moment of note is another reference to Force users, but this time in the form of the Sith. Kaz runs into a mysterious character named Meeka Grey, who explains to him that they’re in a Sith temple, and how Jedi would build their own on top of them to suppress the darkness. Once again, this entire exchange references the Force, albeit its darkside, and we see another Sith temple, something first shown off in an episode of Star Wars Rebels. Canon that is.

The final item of note is also a reference, and it is to the Supreme Leader and his fascination with darkside relics. Meeka explains that the Troopers they run into are First Order Raiders, and that they hunt down relics for the Supreme Leader. This is the first direct mention of Snoke, and a great inside look at what he had parts of the First Order up to in regards to gaining more knowledge of the Darkside of the force.

That’s all I had for The Relic Raiders, but if I missed any, leave a comment below. Stay tuned for our recap and review of this episode, which will be uploaded here shortly. 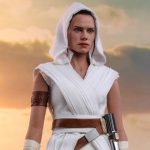 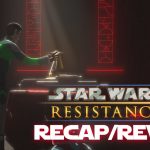