Star Wars Resistance got a bit back on track with its latest episode, which is titled, “The Engineer”. Season 2, Episode 5 brought the First Order back into the mix, which is why it’s a much better episode than last week’s “Hunt on Celsor 3”. Gone is the self-contained plot from that episode, which has been replaced with an encompassing one in S2E5.

You can check out the full recap and review below in video or scripted formats.

Hey now fans of the Resistance, Matt Heywood here to recap and review Star Wars Resistance: The Engineer, AKA, S2E5.

The episode begins with Kaz and Neeku fixing more busted stuff on the Colossus’ bridge. Neeku eventually fixes the long range scanners while Kaz manages to fix the holoscreen by essentially breaking it.

Upon reactivation of the sensors, Neeku discovers a distress call, so he and Kaz want to go investigate it, but Doza and Yeager preach caution to them, as they believe it could be a First Order trap. Old dudes should be listened to young ones!

It’s decided that Kaz should go and investigate the signal, but only if he brings someone who can handle a blaster in battle, well, because Kaz is a Kaz-tastrophe as Hype likes to say.

Anyway, Kaz enlists synara’s help on the mission, and the two make their way to the busted ship. Inside they find a Nikto engineer named Neena, who claims she was attacked by the First Order, so they agree to bring her aboard the Colossus so she can help fix it and her ship at the same time.

Neena’s engineering skills shine quickly upon her arrival on the Colossus, so after impressing Yeager and Doza with her skills on the bridge, we get a montage of her fixing everything on the ship like a boss.

Eventually, the pirates catch wind of her skills, so they make Neeku and her look into this ship. While doing so Neena finds that the pirates are stealing power from the Colossus, so she and Neeku confront Kragen, but before a brawl breaks out, the power turns off and Neeku and Neena run off.

They inform Doza about the Pirates stealing power, and he’s pissed, but they know they can’t just throw the pirates off by force, so he enlists Kaz to look into the power syphoning operation.

Kaz sneaks around the pirate’s ship bay wearing his ninja welding mask, but he’s quickly discovered by Synara, who explains there’s no way the pirates are stealing power, because she’s the one who setup the power couplings.

Meanwhile, Neeku and Neena are installing regulators to prevent the pirates from stealing more power, so they talk a bit about their pasts. It’s revealed that Neena hates pirates because they sold her to slavers as a kid, and we also learn that Neeku’s parents are Bantha shepards, so there’s that too.

Back at Kaz’s op, Synara makes the case that Neena is the one messing with the ship’s power, so they go investiage her vessel, where they find that she’s actually working with the First Order, and that her fixes on the Colossus were meant to sabotage it for the First Order.

With this information in tow, Kaz heads off to warn everyone, especially Neeku, who he finds with Neena. After pulling Neeku aside to tell him the facts, Neena heads off for her ship to escape.

During the chase Neena starts shooting back at Kaz and Neeku, which finally convinces the latter that Neena is a bad egg. She asks Neeku to leave with her, but while he’s keeping her distracted CB gets her gun from her, which causes her to make a dash for her ship.

At this time the First Order has shown up thanks to Neena’s espionage, so Tierney and Pyre send out TIEs to attack after trading professional barbs with each other.

Back on the Colossus Neena fights of Synara and gets away by hitting hyperspace after collecting her payment from the First Order.

The Colossus is under heavy fire from TIE fighters as Neeku and Kaz try to undo Neena’s fixes, which essentially broke the Colossus’ power system by brining too many things back online at once.

It’s determined that the only way to get the Colossuss moving again and off to hyperspace is to have the Pirates disconnect from the power grid, so after Kaz apologizes for incorrectly blaming the Pirates for stealing power, Kragen gives the order to disconnect his bay’s power connections.

To Neeku’s surprise this still isn’t enough to get the ship’s thrusters online, but he remembers the case bind device Neena installed earlier, so once he removes it, the Colossus makes the jump to light speed, leaving Pyre overly disappointed in Tierney’s plan with Neena the Engineer.

The episode ends with Neeku telling Kaz that he’s his bestest pal, even more so than a favorite chair of his, no, I’m not kidding, it’s Neeku after all.

The Engineer episode was a definite improvement over last week’s episode, mostly due to the fact that it featured the return of the First Order plot thread. Having the First Order involved is key to me during this final season, so I was glad that they returned, albeit in an almost proxy fashion via the inclusion of a hired asset in Neena the Engineer.

I appreciated how this character was used to prey upon the good nature of both Neeku and Kaz, because it really showed that in this time of war, especially with the First Order, one literally can’t trust anyone or anything for that matter. I felt sad for Neeku, who is the most trusting character in all of Star Wars, so he got a pretty harsh life lesson in this episode, but one that should make him stronger, and potentially more capable of handling future shady situations.

This episode also continued to showcase the brilliance of having your main hero be a mega-doofus. Kaz just excels at being a dope, but that’s what makes him so great, and it really allows the cast to shine around him. This time Synara got her turn in the spotlight to make Kaz seem like less of a klutz, so it was fun to see these two characters team up again.

This is especially true considering that Synara was also a spy that Kaz found in a busted starship who he brought back and eventually betrayed him back in season 1, but unlike Neena, Synara eventually saw the errors of her ways and came back in the nick of time to aid Kaz at the end of Season 1.

Mirrored moments people, Star Wars is full of them!

Thanks for watching, please considering subscribing if you haven’t already done so, and if you have, go ahead and click the like button for us! We’d also love to have you join in on our weekly Star Wars podcast, so use the links in this video’s description below, or head to StarWarsTime.net to get subbed up.

There’s always time for Star Wars Time, and remember, if you listen to the Star Wars Time Show, the Force will be with you, always.

"The Engineer" got Season 2 back on track by brining the First Order plot line back into view while also further fleshing out the existing cast members and their personalities and relationships. 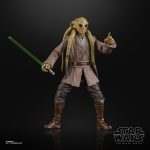