Star Wars Resistance Season 2 continued this week with “A Quick Salvage Run”, which offered up a much better, and action-packed episode than last week’s Season 2 premiere. I just loved the space battle it featured, as well as the direct tie-in to the initial events showcased at the start of Star Wars: The Last Jedi.

You can check out my full recap and review below in video or scripted formats!

The episode opens with Tam listening to Kaz’s apology again, and just as you can see that she’s affected by it, Rucklin walks in and sees her with the communicator, so he works her over and convinces her to hand it over to Tierney and Pyre like a good little traitor.

Meanwhile, back on the Colossus, Kaz and Neeku are hanging out at Aunt Z’s watching pirates get wasted when Synara approaches them to figure out where they may be headed. Thanks to Neeku she infers that Kaz has contacted Tam, and she smartly thinks it was a dumb move. Before Kaz can stumble all over himself, he gets called to the bridge to check out a long range transmission for him.

It turns out that the message is from Kaz’s Dad, so he and Kaz’s family were not obliterated during the First Order Starkiller attack. Kaz’s Dad lets Kaz know that he’s not safe, and that Bounty Hunters are now after him before the signal gets lost.

Back with the First Order Tam hands over her comm device to the pleasure of Tierney and Pyre. Tam informs them that Kaz contacted her, so they plan to use the device to figure out where Kaz and the Colossus are. Thanks Tam!

The episode shifts back to the Colossus, and it’s revealed to Kaz and company that the Resistance base has been destroyed on D’Qar thanks to a battle that they can see the remains of. This means they can’t get any Coaxium from the base, so Kaz has a Kaz idea and he suggests they use the Pirates to salvage some fuel from the blown up Dreadnaught from the opening scene in The Last Jedi.

Thanks to Tam’s comm device Pyre and Tierney learn the location of the Colossus, so they thank Tam and ask her to be a part of the operation. She looks uneasy, as most traitors would.

As the First Order approaches, Kaz, Kragen, Synara, Neeku, CB, and a band of pirates board the Dreadnaught and begin to loot it. Kaz eventually finds a Coaxium reserve, so he asks Neeku to stop stealing stuff and help them secure the fuel.

At this exact moment the First Order shows up and sends out a squadron of TIEs to begin attacking the Colossus and the downed Dreadnaught. Doza responds by sending out the Aces to give Kaz and the Pirates more time to jack the fuel, which is locked down.

Nothing is freeing the Coaxium and things are getting dire for Kaz and his pirate buddies, so Kragen just manhandles the fuel free, but it puts the Coaxium in an agitated state, so Kaz and Neeku have to treat it as if they’re carrying a baby wookie.

Kaz and the Pirates escape the dreadnaught and essentially crash land themselves back onto the Colossus thanks to the Ace’s protection.

Kaz, Neeku, and Synara rush off to load up the hyperdrive fuel as the First Order continues its barrage of the Colossus, which has now lost its shields and is taking severe hull damage.

Just as it seems as if the First Order would succeed in blowing up the Colossus, Neeku get the fuel canister in place, so the good guys make a jump to light speed.

Pyre and Tierney, disappointed in their defeat, ask Tam to keep an ear out for Kaz and to rat him out again if he makes contact. Pyre mentions that Tam should be conditioned, but Tierney wants her as she is for now.

Meanwhile Yeager wonders how the First Order found them, while Synara lets Kaz know the answer, which is Tam’s betrayal, but he and Neeku refuse to believe she’d turn them in.

A Quick Salvage Run was a welcomed change of pace from the debut episode of Star Wars Resistance S2. It gave us a fantastic plot that was full of interesting Easter eggs and franchise references to other Star Wars properties, while also providing a tense space battle, and a direct tie-in to the live action Age of Resistance films thanks to its return to D’Qar.

I loved being able to see the fallout of Poe’s battle with the Dreadnaught, as well as how people who weren’t there interpreted what happened. Scenes like this are why I love Resistance, because it gives us perfect little nods to the new trilogy that just add more flesh to the saga as a whole.

I also enjoyed how Tam is being played by the First Order and how it is affecting her. You can tell deep down that a lot of what they do makes her feel uncomfortable, yet she can’t help but be influenced by Tierney to the point of blatantly betraying her friends to their potential deaths.

At this point it’s inevitable that Tam will have to either sacrifice her innocence and do something awful to her friends, or she will see the light and help to turn the tide against Tierney and Pyre. I’d love to see the former, but considering this is a show meant for younger audiences, I do think Tam will be redeemed in the end. I would just like to see the tougher angle covered to showcase true loss and heartbreak thanks to bad decision making, but that probably won’t be the case.

Thanks for watching! If you liked this video please consider subbing to our channel, or at least giving it a like. Don’t forget to tune into the Star Wars Time Show podcast, which you can find on almost all podcasting platforms. There’s always time for Star Wars Time, and remember, if you listen to the Star Wars Time show, the Force will be with you, always.

A Quick Salvage Run is our type of Resistance episode thanks to a fun space battle, and a tie-in plot to early events featured in The Last Jedi. 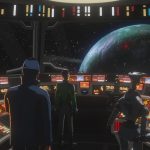 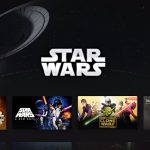