In the latest episode of Star Wars Resistance, the pirates get a little power hungry, which also happened to provide for a few very cool Star Wars Easter eggs and references. Head on down below to check them all out!

Hey now fans of mutinies, Matt Heywood here from the Star Wars Time Show to breakdown all of the Easter eggs and Star Wars franchise references found in Star Wars Resistance: The Mutiny, aka, S2E14.

Our first two items of note are fantastic eggs if you will, because we got to see the Crimson Corsair arrive in the Meson Martinet for the first time since The Force Awakens thanks to Kragan wanting to buy some weapons from him, so we got to see animated version of Sidon Ithano and his ship.

He wasn’t done brining easter eggs either, because shortly after his arrival we learn that he’s selling Kragen B2 battledroids from the Clone Wars, with their first appearance happening in Attack of the Bad Acting.

Speaking of battle droids, our next egg is the arrival of a B1 battledroid, which was stuffed into the shipment of B2s. These guys obviously made their debut in TPM, but have gone on to become iconic characters of sorts thanks to their Roger, Roger reply, and of course Roger the B1 himself.

And our final egg is another solid one in the form of a Hydrospanner, which Neeku needs to fix the B2s, it’s the same tool Han thought he needed to fix the Falcon’s busted ass hyperdrive in Empire.

That wraps the breakdown for this episode, but please let me know if I missed any by leaving a comment below. 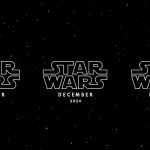 Star Wars Recipe for Success in 2022: Start From Scratch 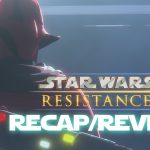