Star Wars Resistance went full on First Order/Resistance plot lines in “Station to Station”, which was awesome story wise, but not so much for Easter eggs and references. There were still a few items of note, so make sure to check them out in the video breakdown below.

Hey now fans of the Resistance, Matt Heywood here from the Star Wars Time Show to breakdown all of the Easter Eggs and Star Wars references found in Star Wars Resistance: Station to Station, aka, S2E11.

Our first item of note comes from Tam when she drops a line about some Jawa Juice, which we first heard back in Attack of the Clones at Dex’s Diner. It’s actual name is Ardees for those of you who like to get deep.

Up next we get a pretty hard to miss Easter egg in the form of the Titan, which is the same type of refueling station as the Colossus itself. A cheap egg, but a very clear one indeed.

I’m definitely rehashing a Season 1 egg with this next one, but I figured why not since this episode didn’t have many to discuss, so I’m brining up Hux’s appearance. I guess at least this time it was in the flesh,, and not from a holo feed, so I guess we can make him work as an egg again.

Finally, and this was a cool one, but the meeting room Hux and Pyre are in is designed the same way as the meeting room on the first Death Star where Vader force choked fools for their lack of faith.

Let me know if I missed any by leaving a comment below. 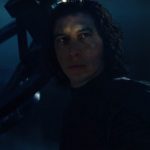 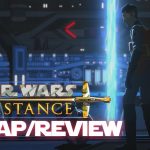