We had another light Easter egg and Star Wars franchise references episode of Star Wars Resistance this week, but there are still three items of note to check out from “Kaz’s Curse”, so head on down below to get on with the breakdown.

Hey now fans of the Resistance, Matt Heywood here from the Star Wars Time Show to breakdown all of the Easter eggs and Star Wars franchise references found in Star Wars Resistance: Kaz’s Curse, which is S2E10.

We have 3 in total to cover.

Up first is a nod to the Black Sun crime syndicate in the form of a tattoo on the arm of the Gorg dealer, which we can see as he’s talking to Meeka.

Up next is a super obvious Egg in the form of the Guavian Death gang, which first appeared in The Force Awakens, and also showed up on Resistance last season. I typically wouldn’t mention them again, but due to how few eggs this episode provided, I figured why not. Plus they just look freaking cool as hell.

And our final moment of note from this episode comes int he form of a saying, one Han Solo loves to use, and that’s moof milker, which gets used on Kaz when he goes to the pirates to try to get his supposed curse removed.

Let me know if I missed any by leaving a comment below. 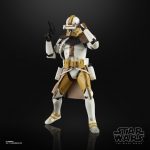 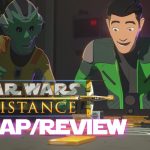