Kaz and his buddies on the Colossus are back for their second and final season of Star Wars Resistance, so we are dusting off one of our YouTube Resistance special series to break down each new episode’s Easter eggs and franchise references.

Now don’t get too excited, because the show’s debut episode, “Into the Unknown”, didn’t feature any hardcore fan-centric Easter egg nods or references, but it did have a few scenes that past for references at least, so I broke those five moments down in the video below. I’d say the coolest reference isn’t even from Star Wars, but it is an iconic film in sci-fi-dom, so I had to point it out.

Head on down below to find out what items made the breakdown!

Star Wars Resistance: Into the Unknown Easter Eggs And References 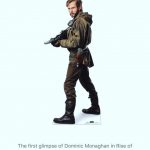 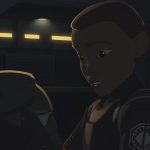