Part 1 of the 2 part Star Wars Resistance season finale aired this Sunday. No Escape, Part 1 was a little light on Easter eggs and franchise references, but that is not all that surprising. The season is coming to a close, and the writers are trying to concentrate heavily on their own story. Matt is out this week, so I did a little digging and was able to find 3 references. Here we go. 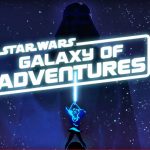 New Galaxy of Adventures Focuses on the Hero Droids 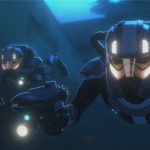