Things are literally starting to sink for Kaz and the Resistance on board the Colossus after this action packed episode, which is titled, “Descent”. More than a few major occurrences take place in this episode, which also firmly and justifiably thrusts Kaz into a full on Star Wars Hero role as he tries to lead his friends against the First Order. Although, a few of his friends are left in sticky situations by the time this episode ends, so while Kaz has fully accepted his hero role, he’s gonna need all the help he can get to make sure Team Fireball and his other buddies can escape the Colossus unharmed.

If you missed it, you can check out the Easter egg breakdown for this episode in our Resistance archives.

The recap and review video can be watched below.

Luckily, Bucket pulls an R2-D2 and provides a smokescreen but he seemingly dies in the encounter, but it allows everyone to escape except for Tam. She is still quite confused about the First Order and feels that turning herself in is the right thing to do. Wrong!

While Kaz, Neeku, and Yeager are escaping, Kai finally comes clean and tells Neeku he is indeed a Resistance spy, but Neeku things he’s joking, which is a bit that carries all the way to the end of this episode.

Meanwhile, Pyre visits Doza to inform him of Team Fireball’s treason. He mentions that Tam will be questioned by an Agent Tierney from the First Order. Doza and Torra are clearly concerned.

Agent Tierney arrives to talk to Tam, and she appears to garner a ton of respect from Pyre and other First Order Troopers.

As she settles in Kaz and company hit a dead end during their escape, but luckily the Shell people bail them out at the last minute and hide them along with Kel and Eila.

Agent Tierney questions Tam directly about Poe Dameron, but Tam tells her she’s never worked with him directly. Doza interrupts, which causes the First Order to take Tam elsewhere to finish their chat.

Back in turtle people land it’s revealed that the Shell people saved and repaired bucket, so Yeager was quite happy about that.

Tierney continues to push Tam on the Resistance, and she finally shows her Kaz’s New Republic service record, which in turn proves to Tam that Kaz hasn’t been truthful with her, which will only bolster her belief that the First Order is good, and they only mess with people who are doing bad things like spying.

Yeager, Kaz, and Neeku are planning to contact the Resistance to let them know what is happening that that they need help, but they need to take down a comms blocker, so Kaz decides that the only way to do it is to sink the Colossus so they can in turn swim up to the antenna on Doza’s tower.

After CB gets permission from Doza to sink his station, Kaz and Yeager shut down the engines and the Colossus begins to sink.

Kaz, Yeager, and CB swim out and up to the tower’s antenna to disable it.

Meanwhile, Agent Tierney and Pyre are in Doza’s office questioning him about the Colossus sinking, he covers for Team Fireball, but the First Order agents are starting to think something is fishy, so Pyre heads out to take a closer look.

Yeager and Kaz manage to shut down the comms block and get a message to the Resistance, and they get an immediate reply, but before they all can escape, Pyre and his Troopers apprehend Yeager as he pushes Kaz and CB back into the water so they can escape.

As Kaz heads back to tell the crew what happened it’s revealed that Kragen and his pirates intercepted Kaz’s distress call, and Synara is visibly moved by it, so there’s a great chance this scene was meant to setup some Synara heroics before the season wraps.

Kaz returns from his daring escape and tells the team that Yeager has been caught. He plays Leia’s message, which basically tells him that they’re not getting any help, but if they rise up and get off the station, they should meet the Resistance at their next base.

Kaz fully embraces his new role as a Resistance leader on the Colossus, and he prepares his friends for a fight!

We’ve seen Kaz gradually transforming into a real deal Star Wars hero all season long, especially in the show’s second half, but now thanks to “Descent” he has officially graduated Star Wars hero school.

I mean this clumsy, lovable, wannabe spy from episode 1 has come full circle, and by the time this episode ends, he’s officially the leader of the Resistance on the Colossus. His journey to reach this point has been exciting, funny, and at times a bit awkward, but his heroics in this episode, in addition to his ideas, firmly cements him as a real deal Star Wars hero moving forward, and while I hope he’s still a bit of a clumsy hero, he’s definitely become more like a Poe, Finn, or Han, than a clown with a heart.

Yeager also stood out in this episode, and while I thought he may be the twist all season long, I do now feel like he’s all in with the Resistance, and that his relationship with Kaz has gone from being a begrudging mentor, to a full on friend and someone he’d want on his side in a galactic conflict. I fear Yeager’s days may be numbered, but he’s ended up playing the old Star Wars mentor role quite well.

Finally, as much as Tam’s stance on the First Order has annoyed me, I like where I think the writers are taking her narrative, so I hope she wakes up and smells the blue milk, but if she doesn’t and sides with the First Order, it’d make for some intense season 2 plot lines by pitting her against her former friends.

Oh, and let’s not forget the callback to the pirates, in particular, Synara. I’ve predicted that she will save Kaz in the end, so based on how this episode concluded, I can only think that my prediction will now come true. I just don’t know if she’ll die while trying to save him and the gang, or if she’ll just end up joining them moving forward, but either way Synara will be back to help out Kaz before this season concludes.

Thanks for watching, I’m Matt Heywood signing off for the Star Wars Time Show, because there’s always time for Star Wars Time. May the force be with you, always.”

Kaz becomes a real deal Star Wars Hero, like for real this time, but things aren't looking great for him and Team Fireball after this action packed and revealing climax setup episode. 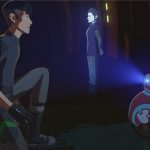 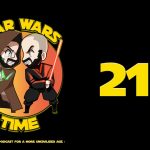