The latest episode of Star Wars Resistance — “The Disappeared” — offered up only three scenes of interest in terms of Easter eggs and/or Star Wars franchise reference potential, so this week’s breakdown is short and sweet.

Although, the three that we did get provided solid nods to the new trilogy, as well as setting up potential future interactions with characters from that trilogy, so while they were low in numbers, the eggs/references had some weight to them if anything else. One also directly ties a character that was created in this show, to a character created for the new trilogy in Maz Kanata, so when lore can be woven like that I’m always a fan.

Head on down below to check out the five Easter eggs and references for “The Disappeared”. 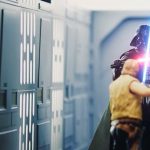 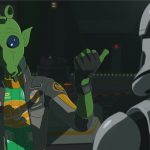