The latest episode of Star Wars Resistance took a bit of a detour around the First Order occupation of the Colossus to give us what appears to be the last Poe and Kaz-centric episode of the season, if not the series depending on where Resistance goes in its second season.

The episode offered up some great Easter eggs and references, one of which provides insights into Poe’s mission on Jakku in TFA, while another peeled a new layer on the mystery behind Kel and Eila. The episode also provided deeper insights into what the First Order was doing in the Unknown Regions just before it made its full force known to the galaxy by blowing up the New Republic.

“Hey now Team Fireball, Matt Heywood here from the Star Wars Time Show to review the latest episode of Star Wars Resistance, which is titled, “The Core Problem”, aka, S1E17.

Oh, and Kaz himself hit us up on Instagram, so, yeah, we in this bitch. Check us out, @starwarstimeshow!

The episode begins with Kaz trying to build a half ass antenna to contact the Resistance, but luckily Poe Dameron shows up in Yeager’s shop so Kaz can quit pretending to be mechanically inclined.

Poe informs Kaz that he’s been assigned a new mission, which we as the audience know is the mission to meet Lor San Tekka on Jakku for General Leia. Therefore, Poe informs Kaz he will be taking BB-8, but he also tells him he’ll be leaving him with CB, the Ball droid from a few episodes back. Poe does tell Kaz that he’d like to investigate his unexplored region findings, so they head out.

The two escape off of the colossus in the Fireball by surfing on the back of a Freighter until Poe can literally stop hanging from the side of Kaz’s fighter to jump into his X-Wing.

Upon arriving in the unknown regions Poe and Kaz discover many cracked planets and a missing sun, which hints at First Order Starkiller testing. They eventually find a planet to land on and investigate a wrecked structure. Meanwhile, a probe droid is spying on their every move from a distance.

The droid eventually attacks, but Poe and Kaz fight it off. Unfortunately, Vonreg and a few TIEs show up and start blasting at Poe and Kaz, but they get to their fighters and scramble.

They head for a cored planet, and use its gravity well to mess with their First Order pursuers. This allows them to get away, but before they part, Poe and Kaz swap droids in mid-space so BB and Poe can head off to Jakku to get the map data rod for Tekka.

Kaz returns to the Colossus unnoticed, but Tham seems very curious of his story about why BB-8 is gone and CB is in his place. She’s now on an official Kaz betrayal watch list. Just saying.

I actually appreciated that this episode took a step back from the First Order occupation of the Colossus to give use one last adventure with Poe and Kaz before we know Poe is probably gone for good to catch up with the events of The Force Awakens.

Any time these two are in an episode I always am entertained, and their latest adventure in discovery was no different. I love how they stumbled upon what appears to be a Starkiller base testing ground, because it just helps to add to the backstory to what we saw them do in TFA. It’s clear now that the First Order did ample testing and war machine unnoticed in the Unknown Regions, which is why they were able to become a near unstoppable force by the time TFA rolled around.

I also liked how Tham’s frustration with Kaz and Yeager’s protection of him seemingly came to a head in this episode. I now feel that it’s inevitable that she will unknowingly, or knowingly without all the facts, betray Kaz at this point. I just think that her frustration from Yeager seemingly always siding with, and protecting Kaz will eventually push her to do something stupid, and we already know how she feels about the First Order, so I just think there’s a great chance she does something dumb without really knowing fully what she’s doing before this season ends.

Oh boy, few more episodes to go! Thanks for watching, I’m Matt Heywood signing off for the Star Wars Time Show, where there’s always time for Star Wars Time. May the Force be with you, always.”

The Core Problem offers up a break from the First Order occupation, while also shedding new light on Poe's mission to Jakku, and the First Order's war machine. 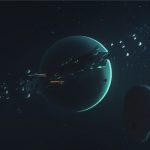 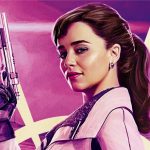